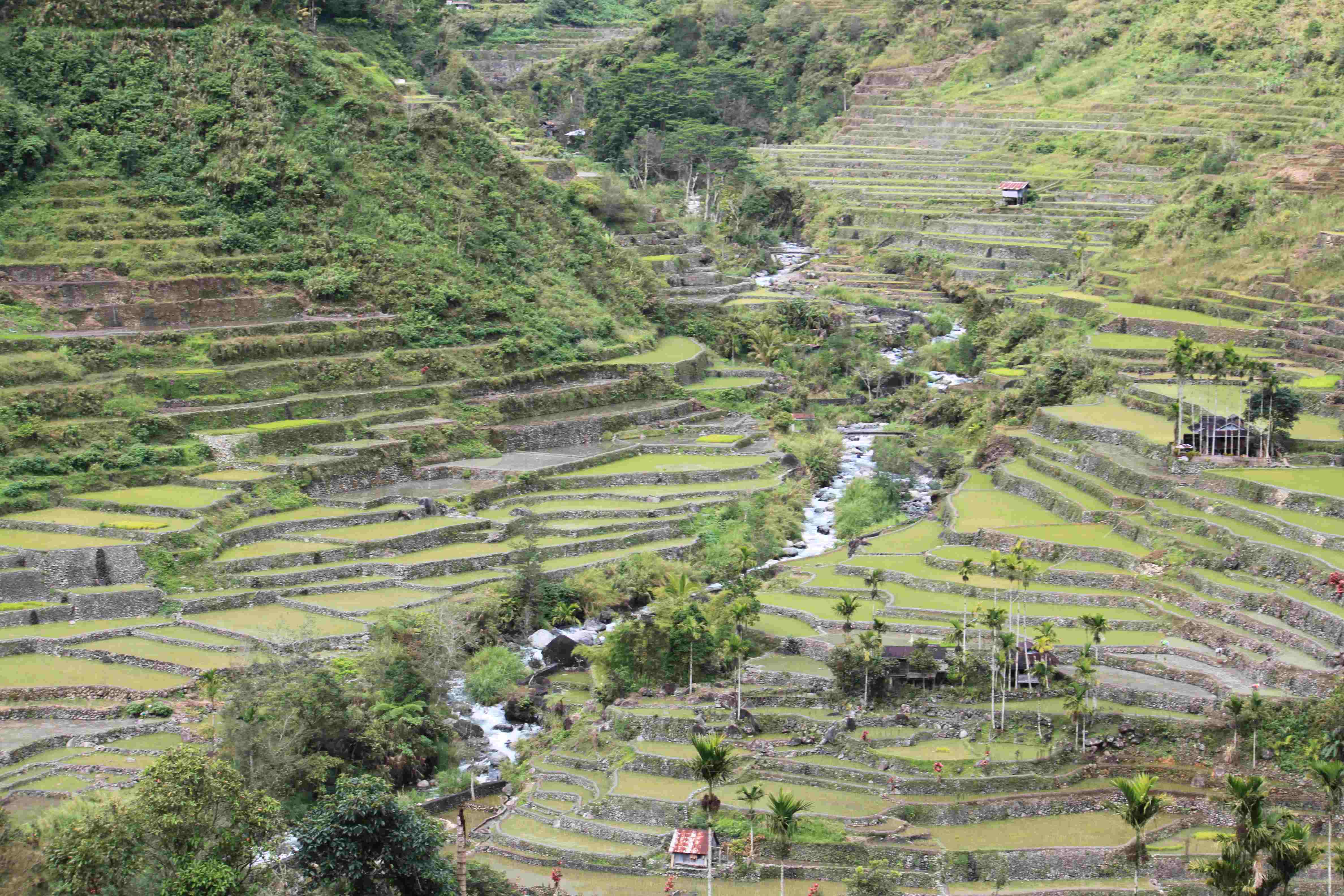 We finished the last post after an epic ten hour journey to Banaue. Now, I’ve spent many, many years backpacking around the world and my first instinct is to save every penny and do things the most economical way. But now, in my 40s (don’t tell anyone), traveling with a friend in her 60s, and accompanied by my pre-teen daughter, I thought a little luxury was the order of the day. So we hired our own jeepney and driver and trusted that he would show us the best sights. We weren’t disappointed.

I had gone to Banaue with the intention of seeing the rice terraces of Batad, which are considered the world’s most striking. But our driver/guide said that the rice planting wasn’t very advanced in Batad and that most of the terraces were still brown and not as attractive. So, instead we went to Hapao and Hungduan. If the terraces in Batad are considered better than the ones I saw then they must be absolutely amazing because the areas that we went to were spectacular.  I am going to include a few pictures with this post so you can get a better feel for the place.

Along the road, which was just a quagmire in places, there were women planting small flowers along the edge. An edge completely unprotected. If you had a crash or lost control it was game over as there was nothing except a few trees to slow your decent to the valley hundreds of feet below. The sight of the pretty flowers, when the road itself was barely more than a dirt track, made me smile. At least there would be something nice to look at before plunging to my death.

When the road became impassable, we went the rest of the way on foot. Walking on terraces that had been built over 2,000 years ago was incredible. Each family’s territory was marked by a distinctive plant. As the culture is to give each son a portion of the family land, the plots now are so small that a family can’t even grow enough rice to feed themselves, never mind have any to sell to get money. For a little protein, they eat the eels and snails that also live in the rice paddies and every part of the rice plant is used in some way. It is a very poor existence and was a real eye-opener for my daughter. Many of the people also suffer from debilitating arthritis as they have to stoop over for so long to plant and tend the rice.

I wished we had longer to spend in the area, but the wedding— the whole reason we had come to the Philippines, was being held the next day. So we got a night bus back from Banaue to near Baguio City before transferring to another bus back to Gerona. The journey was much more comfortable, although still fairly primitive by western standards, and still took over 8 hours. Would I do it again or recommend it to friends? In a heartbeat.

As Singapore Fling, my debut novel, releases on June 3, I’m planning something special for my next blog post. Meet me back here on June 1.