Umm, for any who checked back on Oct 15 for my Rome post, sorry! I was so deep in the editing cave that I completely missed prepping the mid-month blog post. The good news, however is that I will have a new release before year's end. And it takes place in Italy, the island of Sicily to be precise, so stay tuned for content and contests as the book gets closer to release.

However until then, as promised, we're heading to the Eternal City, Rome, which was the fifth stop in my recent European Adventure. As they say, all roads lead to Rome, or at least a train from the ferry which docked in Civitavecchia. This was the second time I'd visited the Italian capital, although the first with my husband and children. Our adventure began in taking a taxi from the train station to our accommodation. We're a big family ... Rome's taxis are not. We'd finally settled on taking two taxis until one driver saw it as a personal challenge to get all of us plus our bags into his car. With my husband up front and the rest of us piled in the backseat we set off on what can only be described as a rally race with no rules. I'm not sure my eldest has managed to get her butt cheeks to unclench yet.

Having survived the taxi ride, the next morning we set off to explore. You know how they say the Roman empire built long, straight roads that were an engineering marvel of their time? Yeah, they didn't apply that to their home city. Plus, it was blinking hot. By the time we'd decided that the lines to get into the Colosseum were too long, then walked to Trevi fountain and the Spanish steps, we'd practically melted. 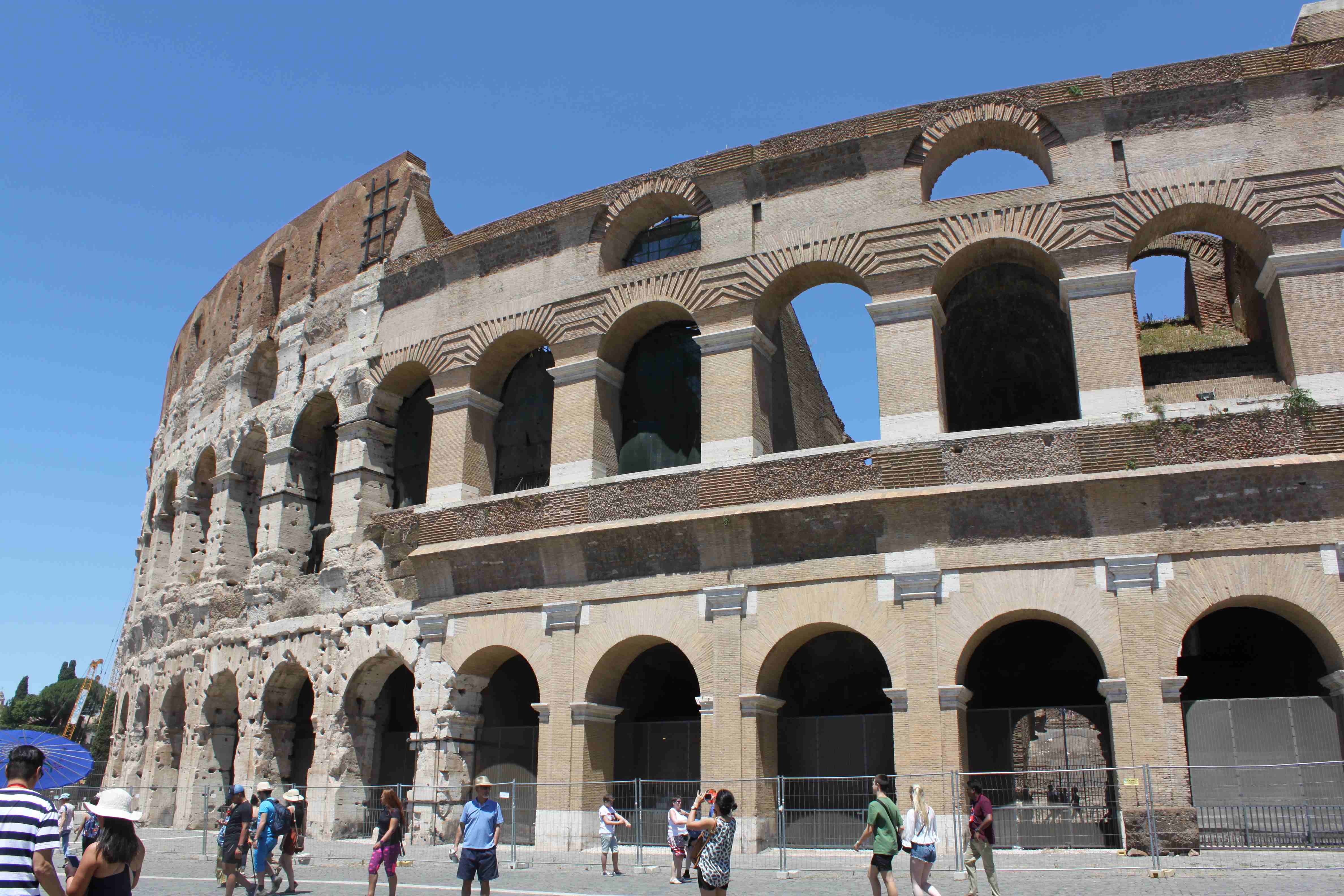 A gelato and a lukewarm drink at a small cafe temporarily restored our ability to function and we were about to take the metro back to our home-from-home and head out again when it was cooler. Except the metro was on strike. So forty-five long minutes later we dragged ourselves into the apartment and became puddles on the cool, marble flooring. 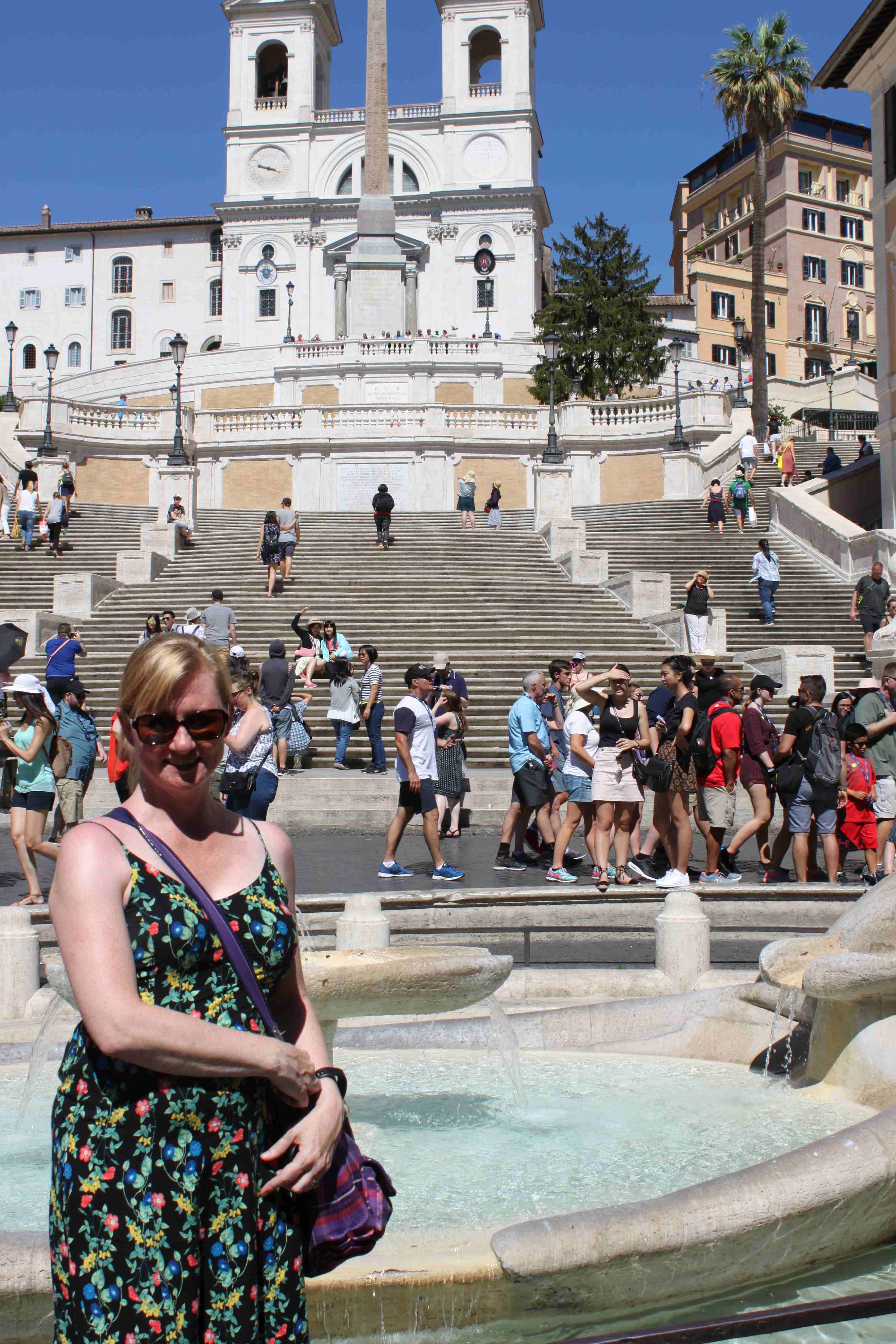 Dinner that night, however, made up for the day's discomforts. Just around the corner was a little family-run restaurant serving the best seafood cannelloni I've ever eaten. Sorry, no photos, I couldn't put my fork down long enough to snap a shot. The next morning we got up early and headed to the Colosseum before the lines got too long. Children under 18 get free entry so that was a bonus.

An amusing thing happened on our way to dinner our second night. My twelve-year-old had selected the restaurant and was directing us there. While making sure we were on the right street, a kind lady asked if she could help. After confirming that we were where we were meant to be, she asked if we were going for dinner. We said yes and then walked to the restaurant at the end of the road. When we went in, the owner asked us to wait for five minutes while they rearranged some of the tables. As the place was tiny we stepped back outside. Well, the lady who had helped us with directions obviously thought that wasn't good enough. She went into the restaurant and a second later came out and said they would take us now and look after us like family. We had a great meal and I tried saltimbocca as the English description said it was a "typical Roman meal." It was fantastic. As was the limoncello that brought an end to all my meals in Italy. 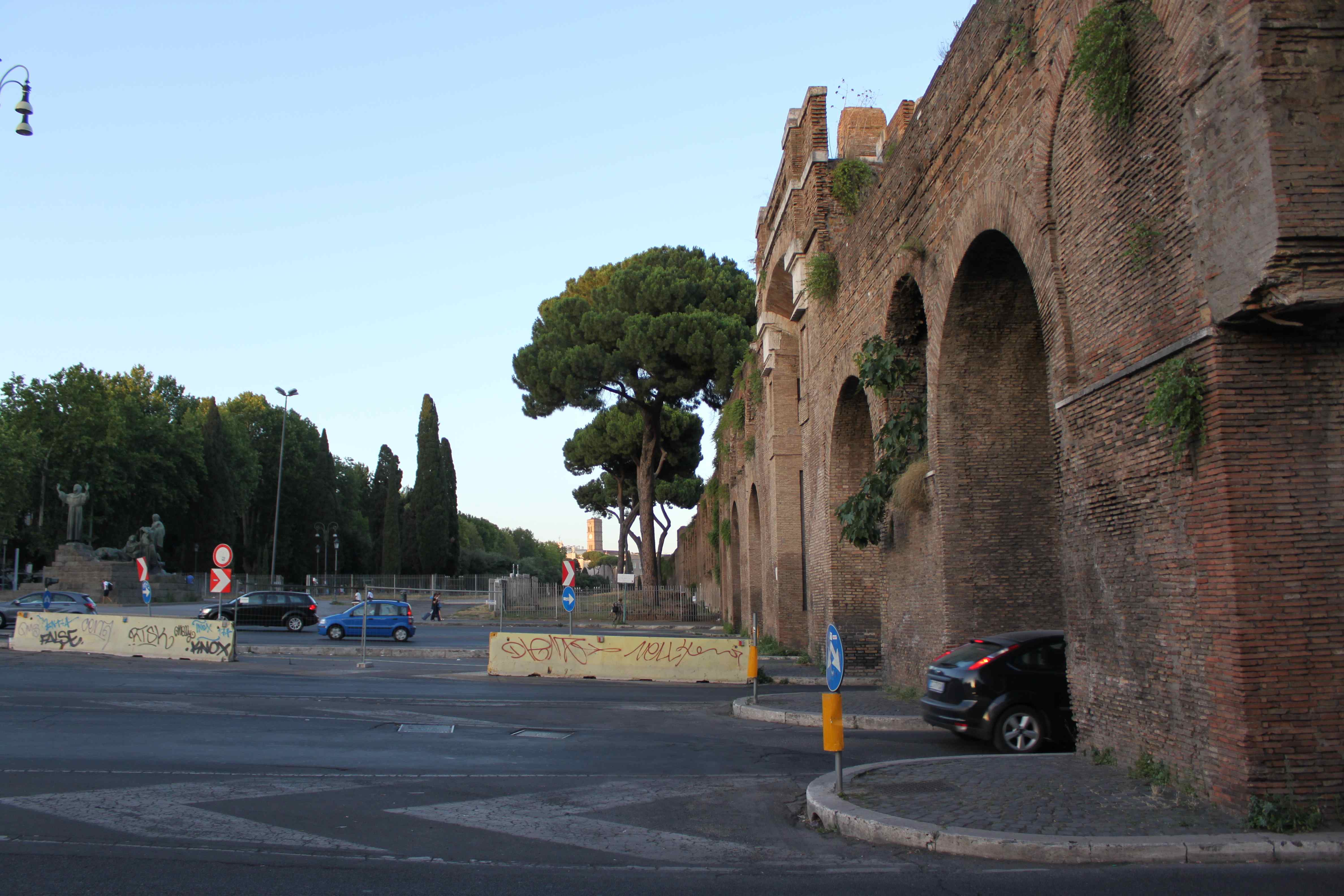 It's a shame though, that Rome was so dirty. There was garbage everywhere and rarely a building or sign not tagged with graffiti. And even for me, it was just too hot to wander. But around every corner was a glimpse into the pat that my active imagination filled with a thousand stories. Rome is an amazing city for the romantic.

Next, we headed to Tuscany. Join me in the middle of the month (hopefully I'll remember) when I'll regale you with stories of one of the quirkiest places I've ever visited. Ciao!