When I was traveling this summer and anticipating blog posts I thought our two days in Siena wouldn't net me enough material so I had planned to only blog about Venice. However, I was wrong. I could have stayed in Siena for a week and been able to blog about something different every day. This medieval town, about an hour out of Florence, had been on my radar since I named my one of my daughters Sienna.

Siena is divided into seventeen contrade or districts and you can tell which area you're in because the street lamps change. Only July 2 they have an annual horse race between ten of the seventeen districts. If you saw the track, which is around the main square, you'd understand why only ten horses can race at one time and even that seems too many to me. Winning this race is a matter of great pride and the district where we stayed had just won. They were going to party for six weeks. 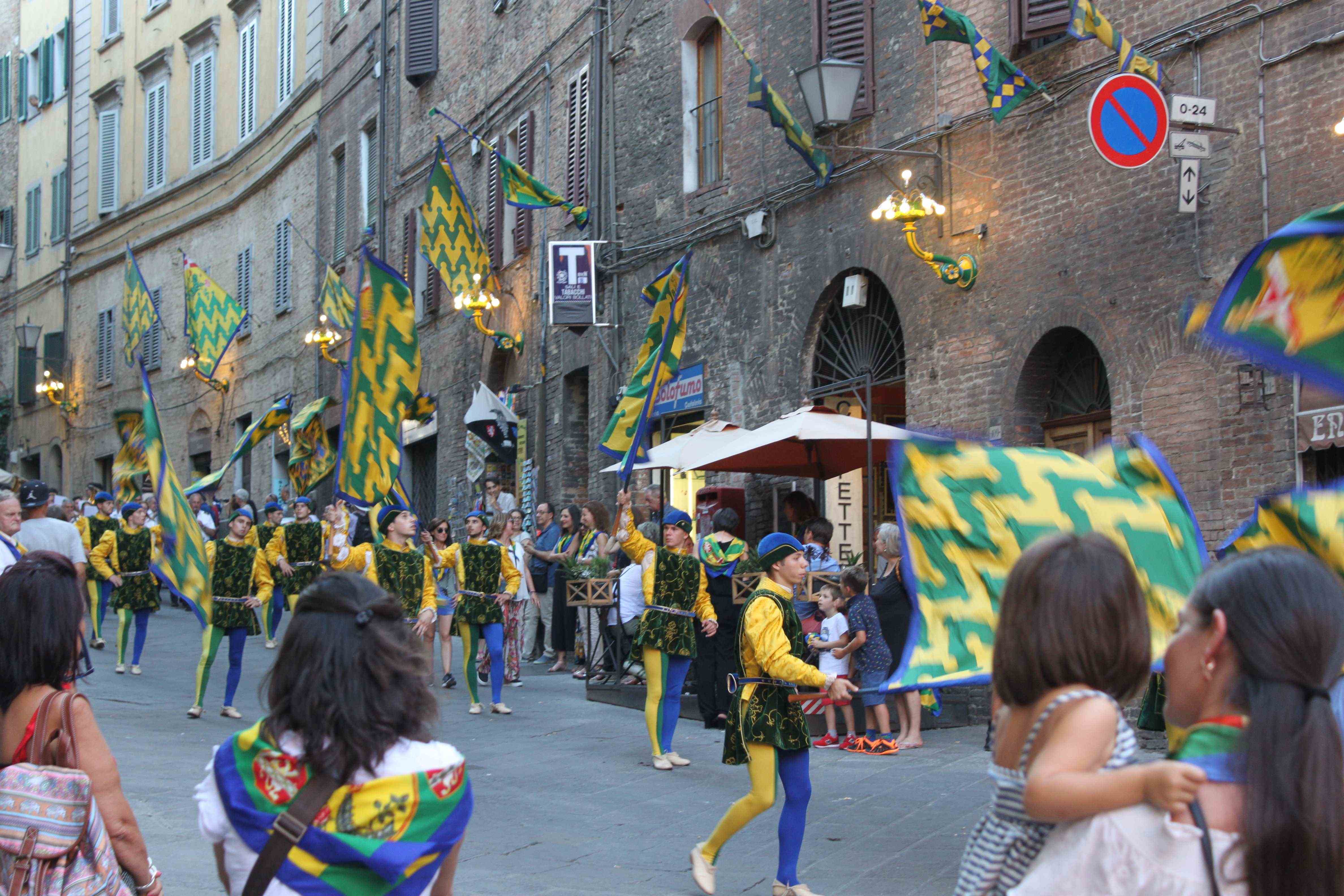 Here's a photo of a parade we stumbled upon. And the gathering in the Piazza del Campo when they decided who was going to participate in the next race. 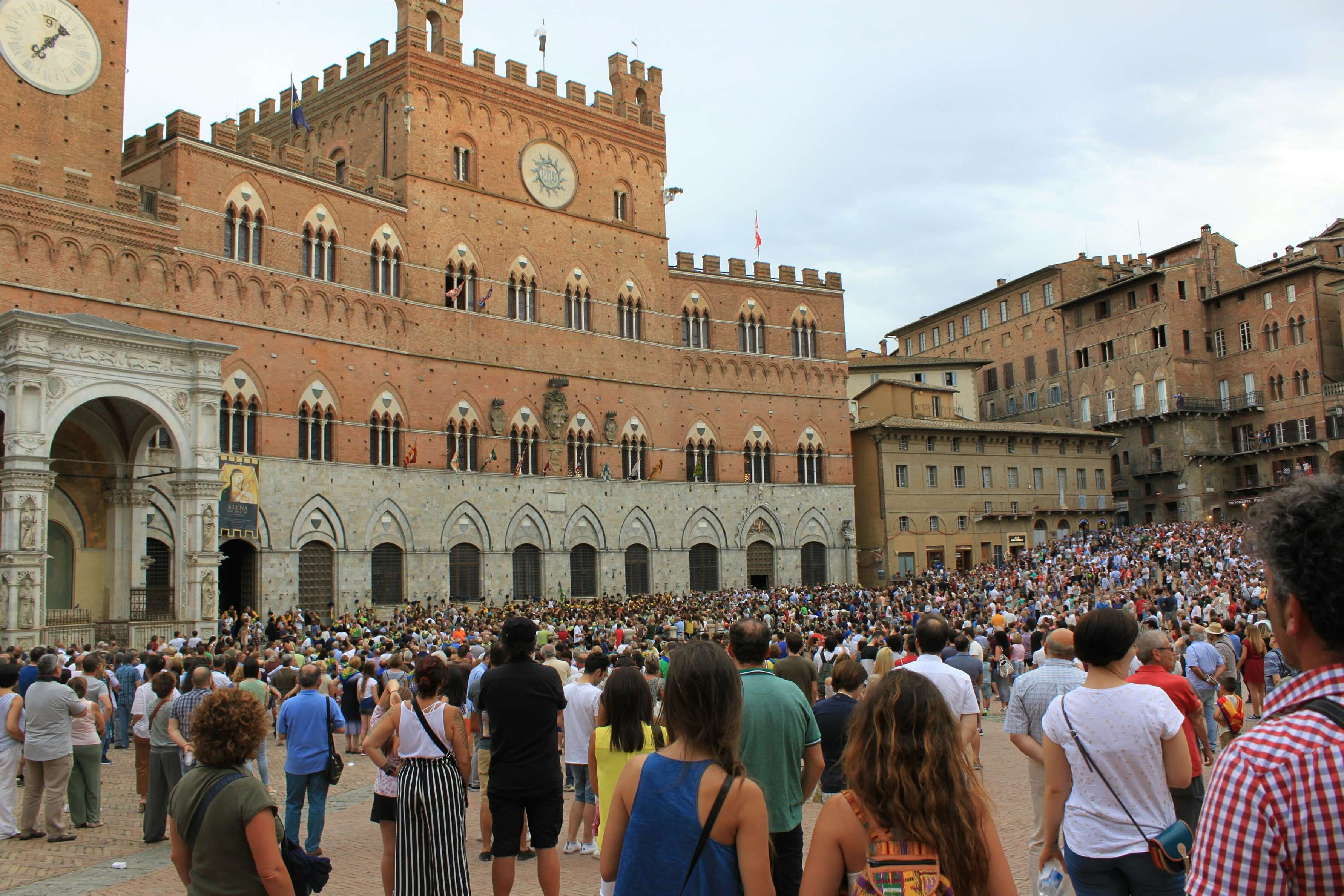 Our first night, there was a celebration in the main square with a band playing and general merriment. Sitting on the warm, sun-baked tiles with the stars blazing above, music wafting over the sultry night air, surrounded by my family, will be an enduring memory of my time in Italy. If you have the chance, visit Siena, especially if you can coincide your visit to early July.

The next stop on our itinerary was Venice. I had been here years before but with my brother (so not romantic). I do like Venice but have found it's the kind of place you visit once and you're done. The main tourist attractions like the Rialto Bridge or St. Mark's Square are overcrowded and after five minutes I'd had enough of people jostling for the best photo. 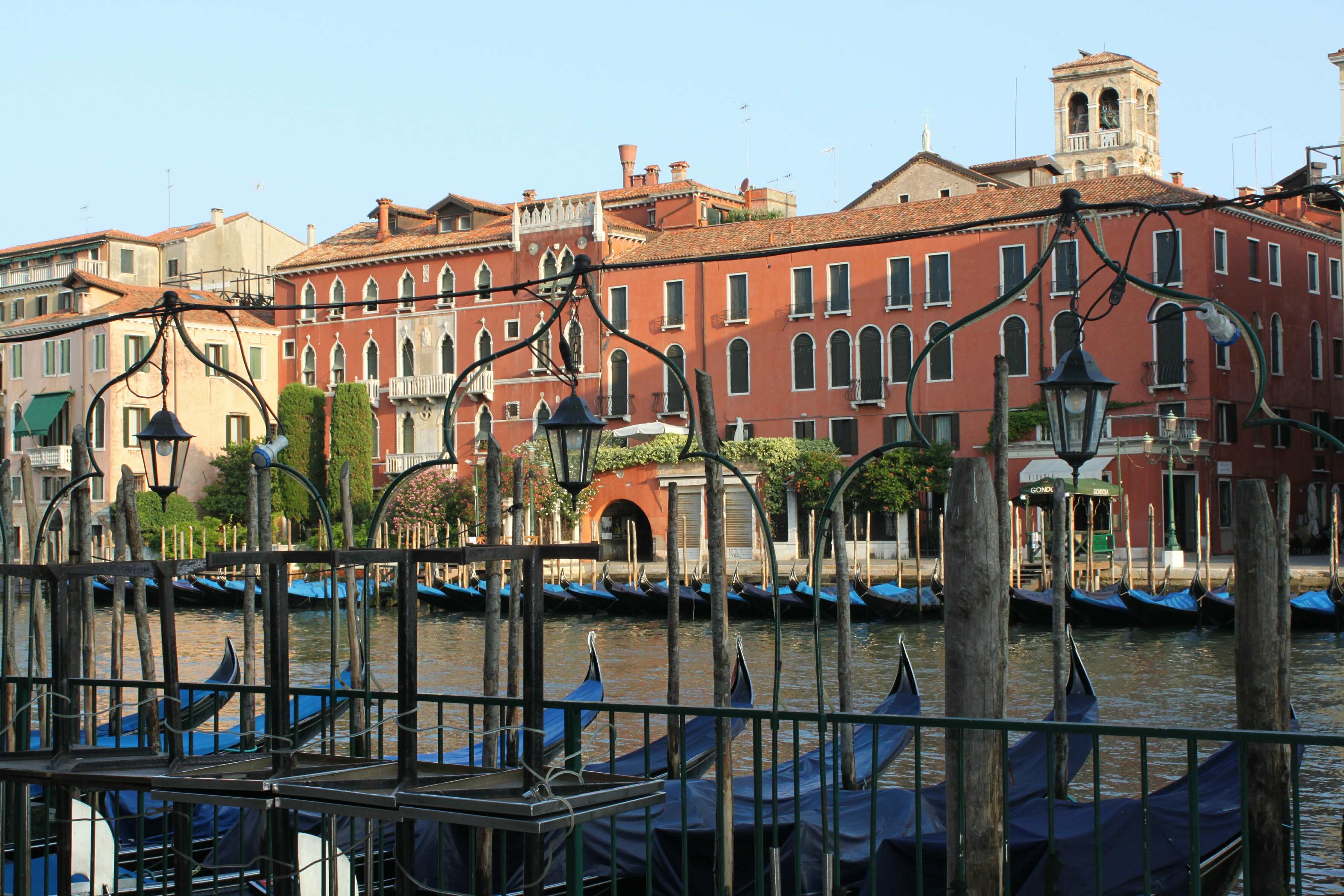 My oldest daughter and I got up at 6:00 am to get some photos before the crowds hit and that was worth it. It's also not a city for the less-mobile. With tons of stairs and bridges you'll soon rack up the mileage on your step counter. One of my favorite things to do in Venice, however, is to wander around the back alleys and tiny streets and canals. This is where you'll find the real Venice. 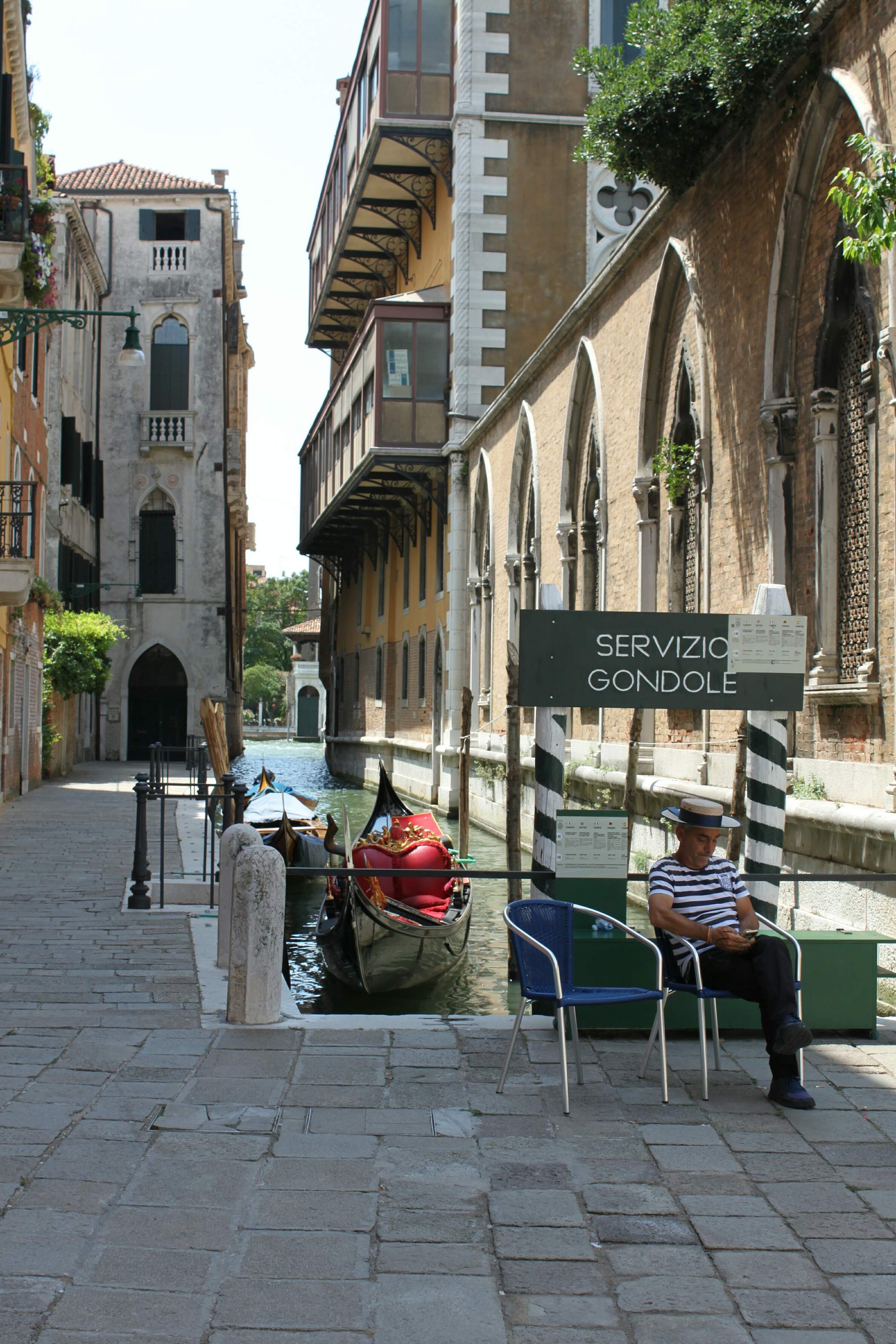 If you're going to do a little shopping, compare prices. It seems every store carries almost the same thing but those that are farther away from the main squares and tourist attractions are a few Euros cheaper. Although I only saw these snazzy pair of underpants in one store. 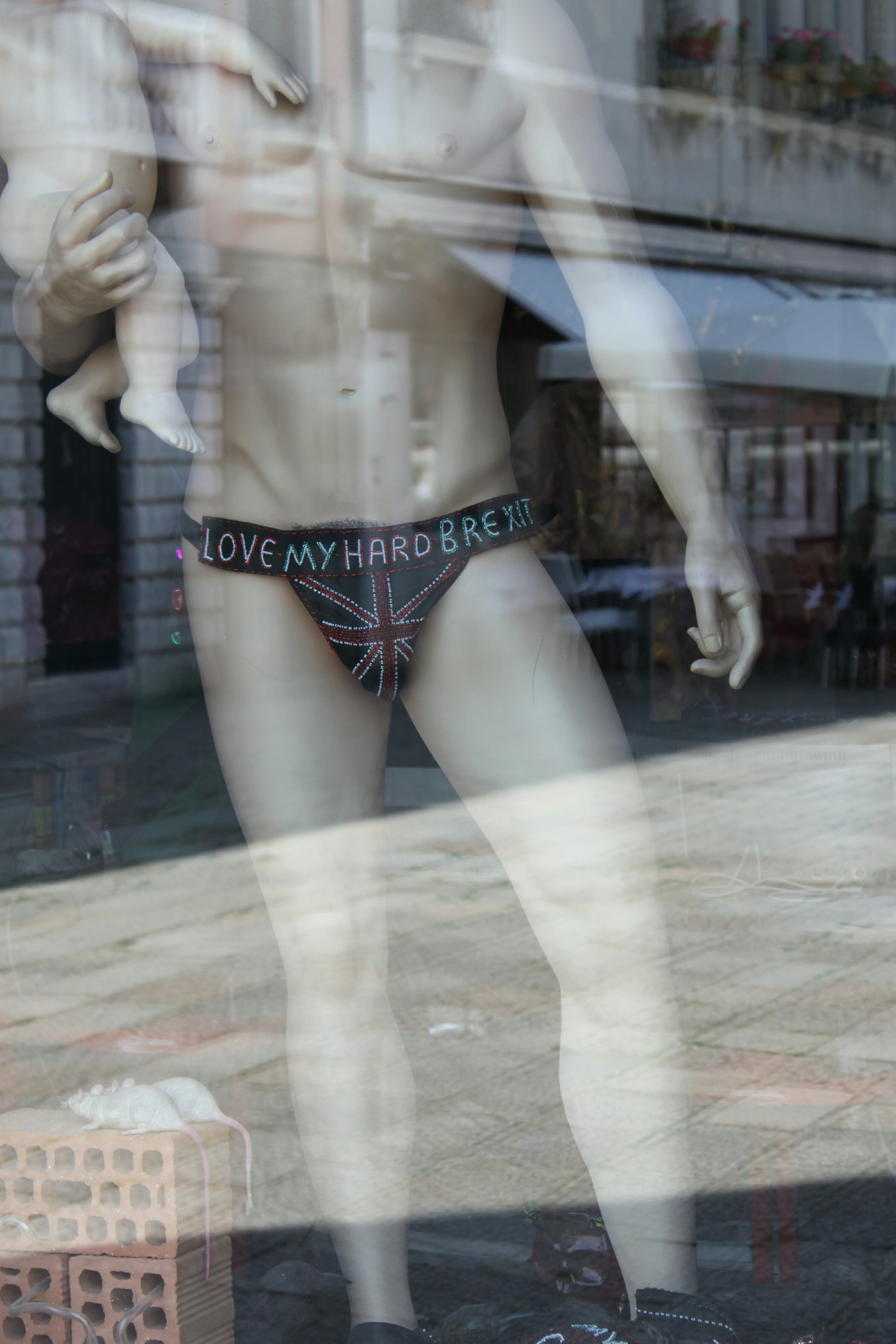 Venice was our last overnight stay in Italy before we headed to France. First of December I'll be recounting our adventures in French rail travel. Hope to see you then.