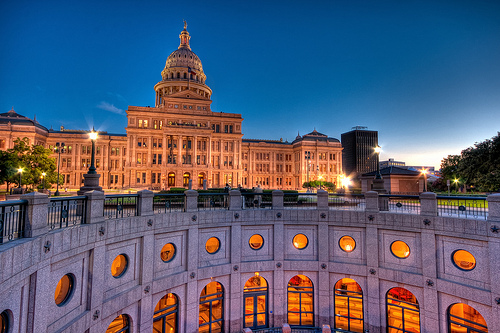 The F1 race in Austin was over a month ago and was where Lewis Hamilton clinched the title (congrats, Lewis). It’s also another place I haven’t been, although I have been to Texas. But here’s the thing, and please excuse this minor rant, the USGP is the one that irks me the most. Here’s why. First, it’s called Circuit of the Americas, like there aren’t three other Grand Prix circuits in the Americas (Canada, Mexico and Brazil). Get over yourself, CoTA. Second, I know the Formula 1 fan base is predominantly male, but every other track manages to elegantly dress their “grid girls”. Not CoTA, nope, their women are dressed like skanks, even my husband commented on it. Get some class, CoTA. On the plus side, NBC managed to spend more of the race actually showing what was happening on the track as opposed to last year when we were constantly shown celebrities in the garage. But maybe next year you could afford a booth for your commentators, as opposed to a table on the side of the track, so we could actually hear the commentary.

Gripe over, let’s see what’s to do in Austin. According to Trip Advisor, there are a lot of nice buildings in Austin. But I kind of knew that already because they showed them during the race. Like you do. Not. Evidently there’s a river or lake in the city (not quite sure why they can’t work out which it is). Just looked it up, Lady Bird Lake a reservoir on the Colorado River, so a fake lake on a river. Go on, work that into your next cocktail party conversation. Anyway, you can walk or ride a bike along the shores of the fake lake. I imagine it’s quite pleasant on a good day but from what I’ve seen or read if you’ve done other water-side promenade walks then this one may be a bit of disappointment.

The number three thing to do in Austin is visit the LBJ library. Can’t be too bad a place if a library is one of the top attractions. I’m not American and I’m not interested in politics but if you are the reviews all say it’s a great place to visit. Barton Springs Pool is ranked number five but it would probably be my first destination in Austin. I especially liked the reviewer who said she read a book while her family swam. My kinda place.

Of course, the next item on the Trip Advisor list is a place called The Driskill, the first review says, “Great building, Awesome Bar.” I’m booking my flight. The one thing I would do if I went to Austin, which won’t be on any top ten attractions list, is get a copy of the real estate paper and check out the houses. A few years ago, my husband used to watch one of those property flipping shows and this annoying guy used to go around and buy houses for like $10,000. When you live in a place where $1,000,000 will get you a tear down, I’d love to see what I could buy for that.

There you go, Austin, Texas. Interesting place, shame about the race. Next post we’ll head to Mexico City. See you back here on December 15th. In the meantime, if you’ve been to Austin, feel free to comment on what you found interesting.