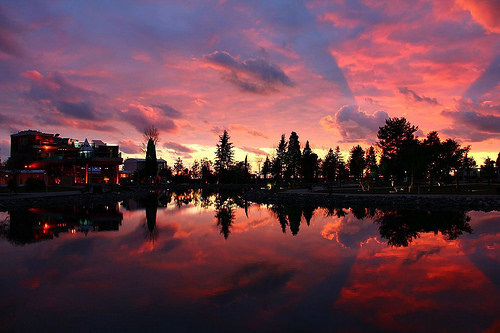 We’re leaving all politics and athletic doping scandals at the door and concentrating solely on the landscape and attractions around Sochi. It’s not a place I’ve visited personally but it is on my bucket list. When I was in Russia I wanted to go to Sochi but time, money, and political unrest put paid to that idea. It’s a region that fascinates me, and I can’t explain why.

Looking at pictures and the setting of Sochi, it reminds me of my hometown Vancouver. Both hosted the Winter Olympics due to their proximity to skiable mountains with a large enough city base to accommodate the other sports.

When preparing for these blog posts about places I haven’t personally visited, I usually go on Trip Advisor, Lonely Planet, or other travel sites and investigate what’s popular in the area. I often do additional research like I would if I were visiting the place myself. This time, however, when I researched Sochi, the majority of the attractions were related to winter sports, which don’t really interest me. My skiing days are over. Winter sports for me include reading, lifting weights eight ounces at a time (in a wine glass) and trying to stay warm.

So for this post, we’re going to look at some interesting Sochi facts for you to subtly drop into conversations during your next boring dinner party. First fact, especially interesting to me with my love of history, is that Sochi dates back to ancient Greek and Roman times when it was inhabited by the Zygii people. I looked up the Zygii as I’d never heard of them before and evidently they were nomadic shepherds, pirates and brigands who were conquered in the 6th and 7th centuries by the Scythians and Cimmerians who were more advanced militarily.

Second factoid, in the 15th century the Sochi area was called Ubykhia and was controlled by local mountaineer clans. It became part of Russia in 1829 after the Caucasian and Russo-Turkish Wars. Third, in the early 1900s Sochi grew in popularity as a Russian resort city and in 1914 it was granted municipal rights. Fourth, Sochi is considered to have a humid, sub-tropical climate (sounds like the perfect place to hold the winter games, doesn’t it). Fifth, the city is known for its sports facilities and tennis stars Maria Sharapova and Yevgeny Kafelnikov both trained in Sochi.

There you have it, five fascinating facts about Sochi. Following the Russian Formula 1 race, the teams headed to Austin, Texas for the US Grand Prix. I have been to Texas but not for many years, so if you have any insider tips you’d like me to share for my next post, please leave a comment here or use the Contact Me page on my website.

See you back here on December 1st. Cheers!

P.S. In the meantime, have fun reading my latest book, The Greek’s Stowaway Bride that releases on Monday. Set in the Eastern Mediterranean, it’s an action-packed, fun-filled adventure to love.