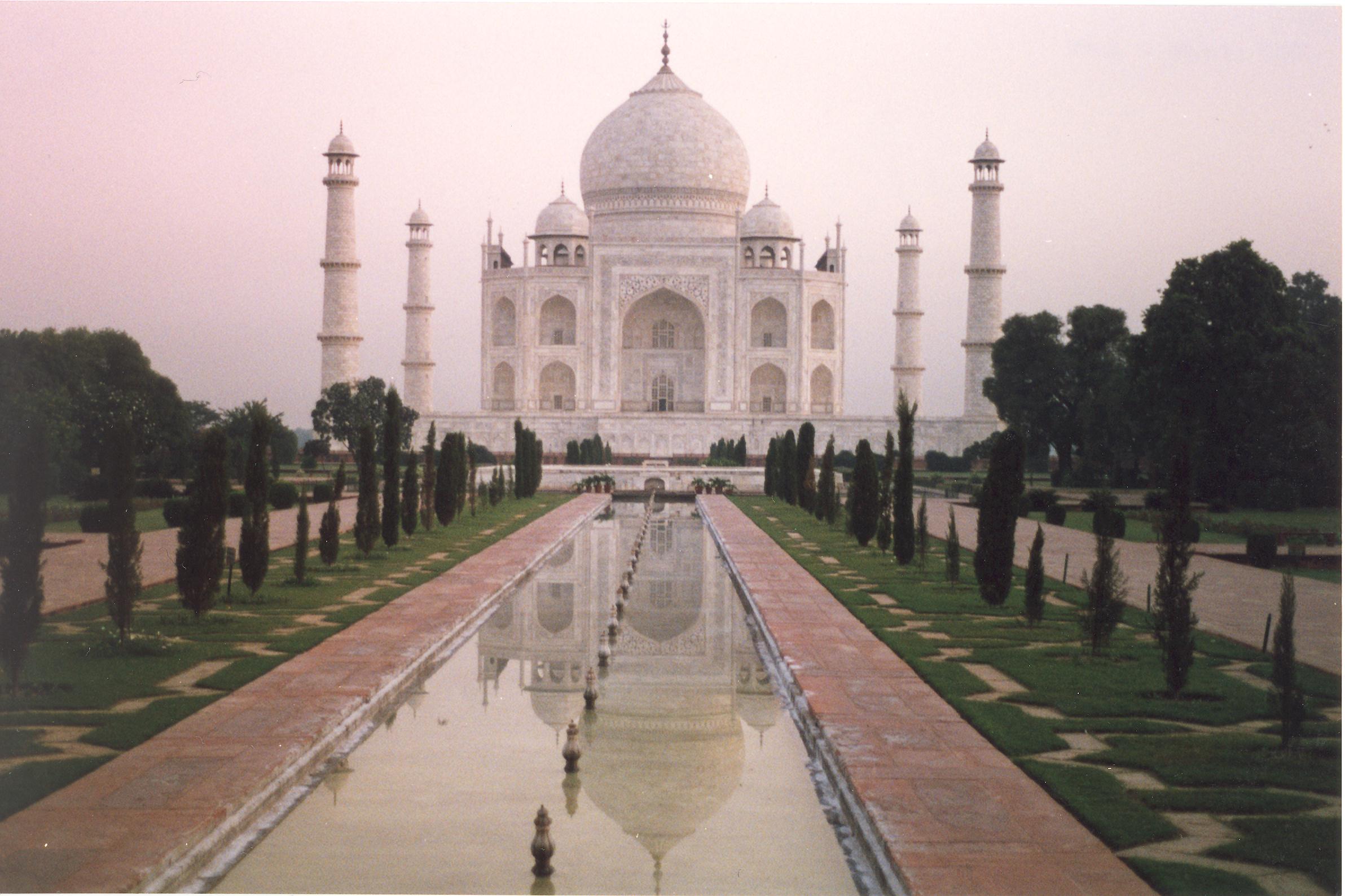 The Taj Mahal is one of the most iconic buildings of the world, representing undying love. I’m sure everyone knows the story. It was commissioned by Mughal emperor Shah Jahan in memory of his third wife, Mumtaz Mahal, a Persian Princess. She died giving birth to their 14th child. Obviously, he was quite keen on her.

The Taj Mahal is exactly my type of tourist site, history, amazing architecture and a romantic story to go with it. However, I also dislike crowds. So I, and a few other tourists with my group, arranged to go very early in the morning, before the hordes descended. We got in tuk-tuks outside our hotel at 4.30 in the morning and made our noisy way to the impressive site. As soon as the doors opened at 6.00 we were the first inside.

It was fabulous to take photos with no one else in the shots. Of course we all lined up for the required “Princess Diana shot” where she sat on the bench in front of the reflecting pools, the Taj majestically in the background. It was fabulous to wander around the gardens and through the mausoleum without feeling pressured to keep moving. It was a truly wonderful morning, and one I was glad I got out of bed early for.

Of course, I also returned later in the day, with the rest of our tour. The crowds were considerably larger but I was still able to enjoy the majesty of the place. Throughout the day, as the light changes, the colour of the dome shifts from a pinkish hue in the early morning, to white during the day, and golden in the moonlight. I highly recommend that if possible, you visit at different times throughout the day. I also understand it’s open at night during the full moon, although some restrictions apply.

There were rumors that emperor Shah Jahan had planned a black version across the river only to have his plans kyboshed by his son who was concerned about his father spending all his inheritance. These rumors have since been disproven and in fact, both Mumtaz and Shah Jahan are entombed within the white Taj.

The Taj Mahal was on my bucket list and I’m so glad I was able to see this world wonder. I have yet to see the Great Wall of China or the ruins at Machu Picchu which are also on my list.