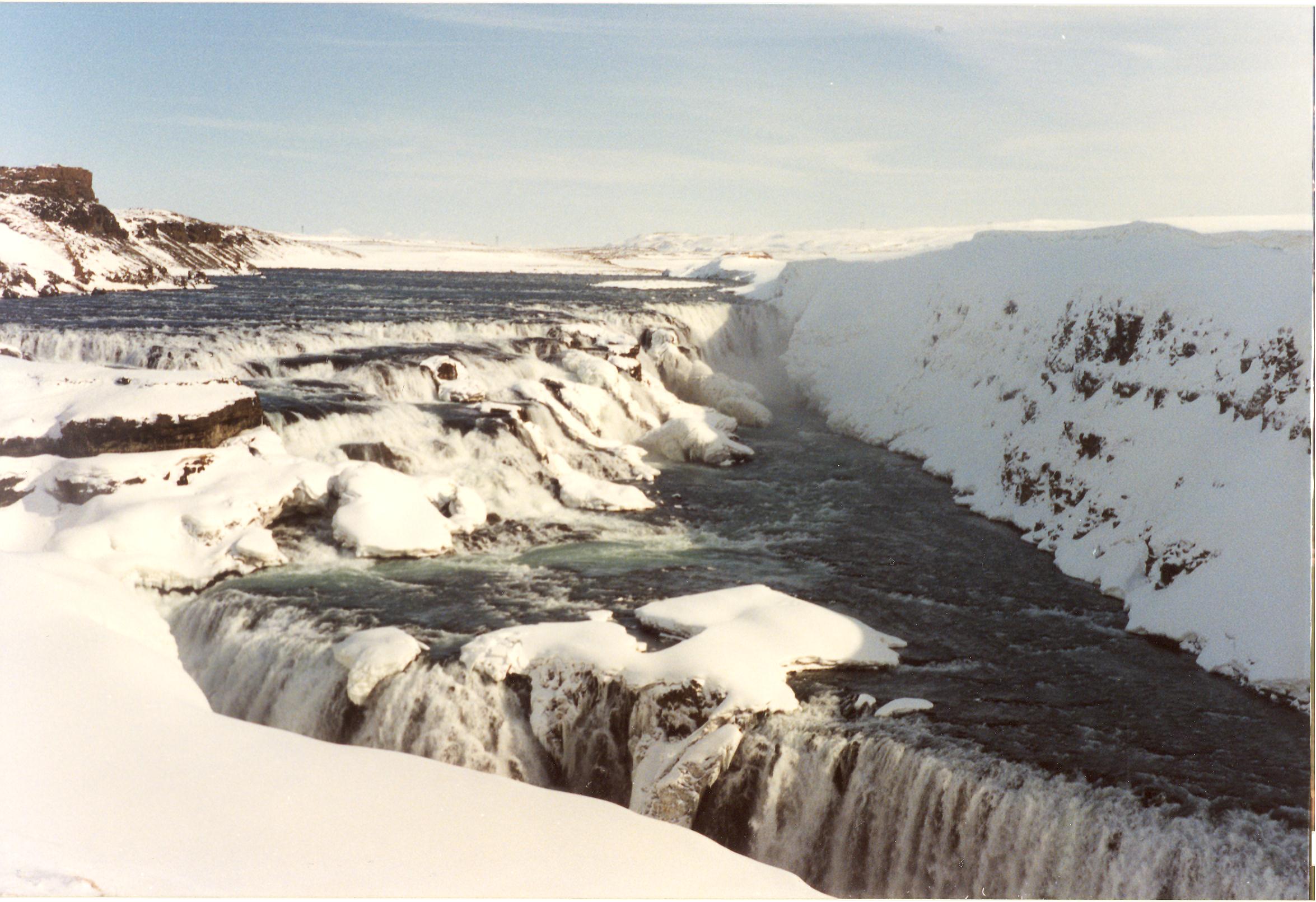 Inspired by Celia’s comment in the Taj Mahal post, I’m going to revisit Iceland today. I was kind of saving my Icelandic memories, as I’ve written a story with Icelandic characters and was going to highlight the country then. But with the craziness that is my current writing life, who knows when I’ll get back to that story. Anyway, for this post I will concentrate on Reykjavik and area and leave Akureyri for another time.

I had been fascinated with Iceland for a long time before I went. I spent eight years in a small town in Canada where half the population were of Icelandic descent. I even studied Icelandic at “night school”, because as you may know, I’m a linguistic geek. I put “night school” in quotes because really the class was set up as a gossip session between some of the older Icelandic ladies who wanted an excuse to get together and practice their native language and have a good chin-wag. Then a teenage girl shows up in their “class” and suddenly they have to actually teach something. But they were more than happy to share their love of the Icelandic language and culture with me. I had a great time and even went to the University of Manitoba and wrote an exam to get credit for the course from my high-school. Not that the professor ever got around to marking it or reporting back to my school. But as I had more than enough credits to graduate with distinction (yes, I was a super-geek), I didn’t mind. I also “performed” at the Icelandic Festival (Islendingadagurinn) by reading a story in Icelandic.

So, having established my credentials as an Icelandophile (word creation being another of my amazing talents), I was so excited to finally see the country for myself. Unfortunately, I picked the wrong time of year to visit. I went in late March, beginning of April and the weather was unpredictable at best. Although, as Iceland is situated in the northern Atlantic, I imagine the weather is unpredictable most of the year. But despite the cold temperatures, the people were warm and friendly and I had an amazing time.

Reykjavik, the capital, is one of the greenest cities in the world, due to its reliance on geothermal heating. It does takes a little while to get used to the rotten egg smell when you take a hot shower. Thankfully, the odor doesn’t linger on the skin. Or everyone smells the same so you don’t notice it as much.

An essential activity when in Iceland is a visit to the Blue Lagoon Geothermal Spa. I went at night, after a snow storm. The dash from the changing room to the hot pools was, to say the least, cold. But once in the steaming water, with the stars twinkling in a pitch-black sky above, any discomfort was quickly forgotten. It was a memorable evening. Another must-see attraction is the waterfalls at Gullfoss (see picture accompanying this blog post) and the nearby Strokkur geyser where boiling water erupts from the ground on a regular schedule.

I would love to return to Iceland and visit more of the country. Preferably in the summer, when it’s light until late, prolonging the day. And now that Icelandair flies from Vancouver it is a slight possibility. Maybe Celia will take me as her interpreter, although my Icelandic repertoire is now limited to knowing the days of the week, counting to 10, and thanking someone for a meal.  Still, it’s better than nothing and I can read the road signs. Just don’t tell Celia that many Icelanders speak perfectly fluent English.

Have you been to Iceland or have any desire to visit the Land of fire & Ice?