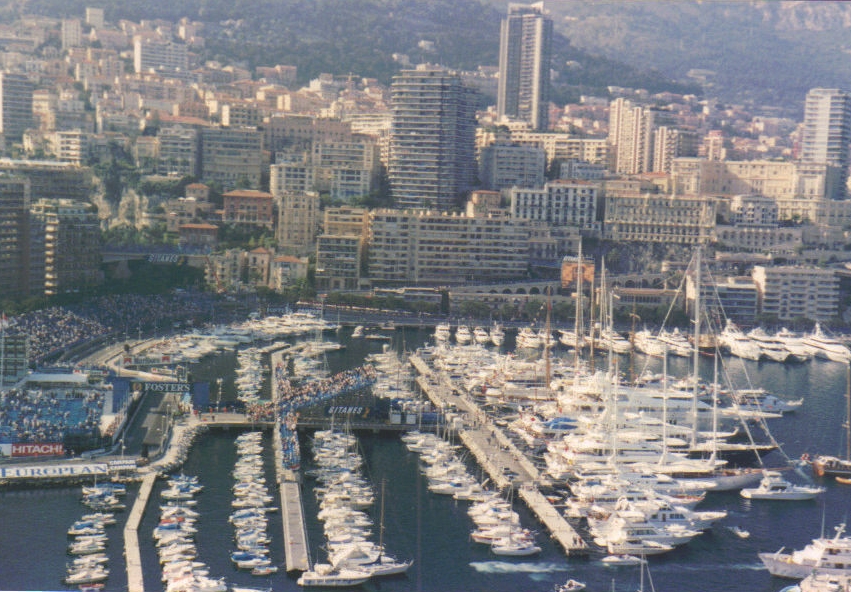 I recently did a quiz I saw on Facebook (yes, I was avoiding housework) and according to it the place I should live is Monaco. Done. I’m off. I have actually been to Monte Carlo three times, all on day trips from nearby Nice.

The first time was when I was young and carefree. I was touring the south of France and popped into Monte Carlo, as one does, on my way to Menton, France. By the way, if you want to visit the area. Menton is only about a half hour train ride from Nice and it is way cheaper and the restaurants much more reasonable and not as crowded. But that is probably the subject of another post, so back to Monaco.

Yes, I could live here, quite happily. All I’d need is a little apartment, preferably with a balcony looking over the harbour and someplace to park my Aston Martin (come on, it’s Monaco, one has to fit in). Back to reality, however. As I was saying the first time I visited was just a day trip. I checked out the palace and the shops around it, wandered the cobbled streets and admired the view. Then went down to the harbour and admired the huge yachts and wondered what it would be like to have that much money.

The second time I visited was for the Formula 1 Grand Prix race. As I was broke, I could only afford general admission which meant try to find a spot somewhere in the City where I could see a portion of the track. I eventually found a tiny place, pressed up against a stone wall where I could see twenty feet of the race course, from fifty feet above. All I could see was the top of the cars for about two seconds. I was surrounded by Italian Ferrari fans. By the third lap I had no idea who was in what place, I only knew when the Ferrari’s crashed out because of the reaction to the fans around me who were listening to the commentary on the radio in Italian. As for watching the race, it was completely rubbish. But the atmosphere and the noise of the cars (this was before they turned into whining egg beaters, yes, I’m bitter) was incredible. I’d do it all again.

The third time I visited Monaco was with my husband and baby daughter. We strolled the streets and even let the baby crawl on the sidewalk by the harbour, it was so clean. A group of teenagers stopped on their way home from school and commented on la plus belle petite fille. I imagine that actually living in Monaco would quickly become a pain. The hordes of tourists, the lack of space, the cost of everything… But hey, I’m willing to put up with it, for a few years anyway.