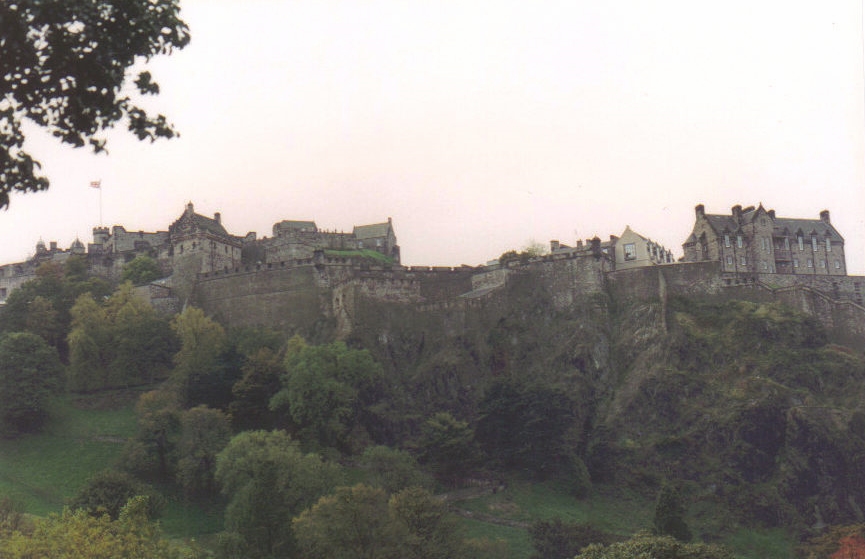 As last post we were in the Edinburgh of the South, I thought we’d head up to the original. I’ve been to Edinburgh twice, the first time with a girlfriend on a whirlwind Scottish adventure, the next time with my husband for a friends’ wedding in St. Andrews.

Edinburgh has enough interesting buildings, castles, shops and art galleries to keep you busy for days. But take some time from sightseeing to have a coffee in a tucked away little café and listen to the people. At some point you may wonder what language the patrons are speaking, but trust me, you’ll have more success understanding natives of Edinburgh than those of Glasgow.

During my first trip to Scotland, my friend and I booked a tour of the lochs which was due to depart fairly early in the morning. We were staying in a B&B, which of course included breakfast. So we got up early and made our way to the breakfast room where the lovely proprietress asked us if we’d like porridge or cold cereal after our fruit and yoghurt. As it was a cool autumn day, we opted for porridge and thoroughly enjoyed it. Once we finished we rose to leave only to have the woman rush over to us and ask where we were going. We answered that we had a tour to catch and thanked her for the meal. That wasn’t the breakfast, porridge was the starter. She insisted that we sit back down and eat a proper breakfast. Eggs, bacon, sausage, potato scone, beans, mushrooms and a fried tomato (we turned down black pudding).

When we eventually rolled out of the B&B we had to hustle for our coach, but I’ll tell you one thing, we didn’t need to eat until dinner. So, aside from breakfast and people, the next best thing about Scotland is the scotch whisky. Despite what you may have heard elsewhere, I don’t know a lot about alcohol. I know what I like and what I don’t. For me, scotch is one alcohol that can have such a variety of flavours that you wonder if it’s made of the same ingredients. I’ve had scotch that tasted so smoky I thought I’d swallowed a cigarette, and one so smooth it was like drinking spicy water.

I’ve read a lot of historical romances set in Scotland, but not too many contemporaries. I’m not sure why that is, although the castle ruins and moody sky probably are more inspirational to days gone by then modern times. There’s something about Scotland, especially once you’re out in the countryside that is just so timeless, you could be in 2013 or 1013 with little change in the landscape. That’s probably why Scotland is quite popular with time-travel romance writers.

Whatever the year though, if you’ve had a Scottish breakfast, you’ll be well fed. Until next time…