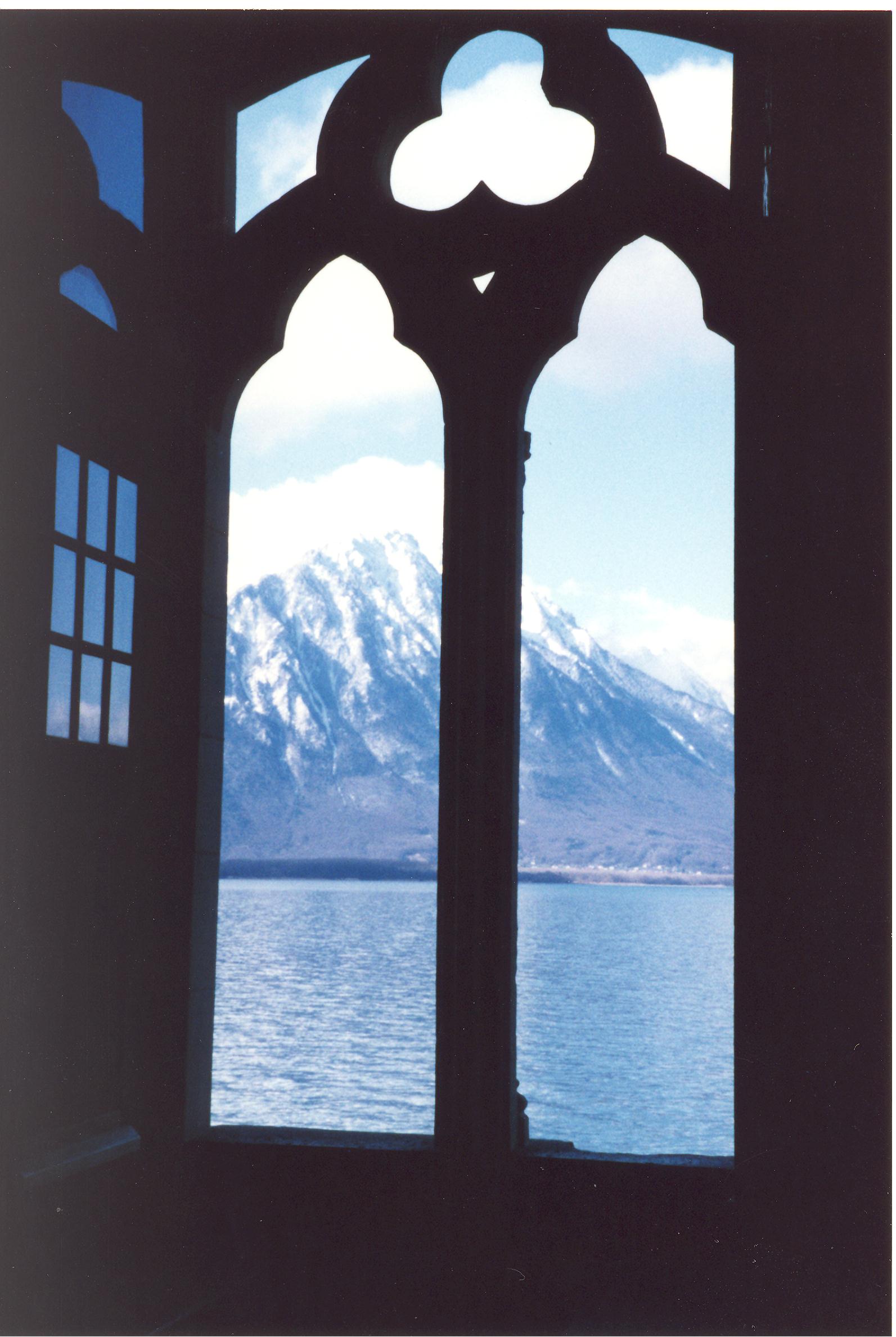 Geneva, Vancouver and Sydney often trade rankings as the most desirable city in which to live. As the last post I raved about Vancouver, I thought I’d devote this one to the wonders of Geneva. If I could live anywhere in the world, except Vancouver, then Geneva would by my first choice.

Although lacking the ocean that I love in Vancouver, Geneva is situated on a lake and surrounded by mountains, so it has a similar environmental feel to the Canadian city.  Where Geneva wipes Vancouver off the map, however is in its history and culture. Geneva dates back to the second century and has 82 buildings or sites that are listed on the Swiss national heritage register.

The accompanying photo is taken from within Chateau Chillon, on the eastern end of Lake Geneva, near the town of Montreaux (which is an excellent town to visit). The castle has a dark past, and one of its most famous visitors, Lord Byron, even carved his name in the stone. Another plus for Geneva is the close proximity of vineyards. Nothing like sampling a bit of vino, while watching the sailboats on the lake, with snow-capped mountains in the back ground.

I often think of Geneva as Paris, run by the Swiss. This may be an unfair comparison, but Geneva has a lot of the flair and ambiance of the French capital, without the strikes and other social unrest that disrupt the lives of Parisians and tourists on a near daily basis (strikes at the Eiffel Tower, Louvre, on the metro, need I say more?).

However, as a global financial centre and the home of many of the United Nations agencies as well as the Red Cross, a significant proportion of Geneva’s residents are foreign nationals, up to 44% according to one survey I read. English is the second most common language spoken, after French. So if you are a linguistically challenged tourist, Geneva may be the city for you.

As with most of Switzerland though, it’s not the cheapest place to visit. However, if you can live off baguettes, cheese and local wine and don’t mind wearing out your shoes as you wander around, guide book in hand, it can be managed on a budget.

Unfortunately, I haven’t spent enough time in Geneva to comment further on the mundane aspects of living there, the little annoyances or secret spots that make the city special. If you know of them I’d love to hear from you.