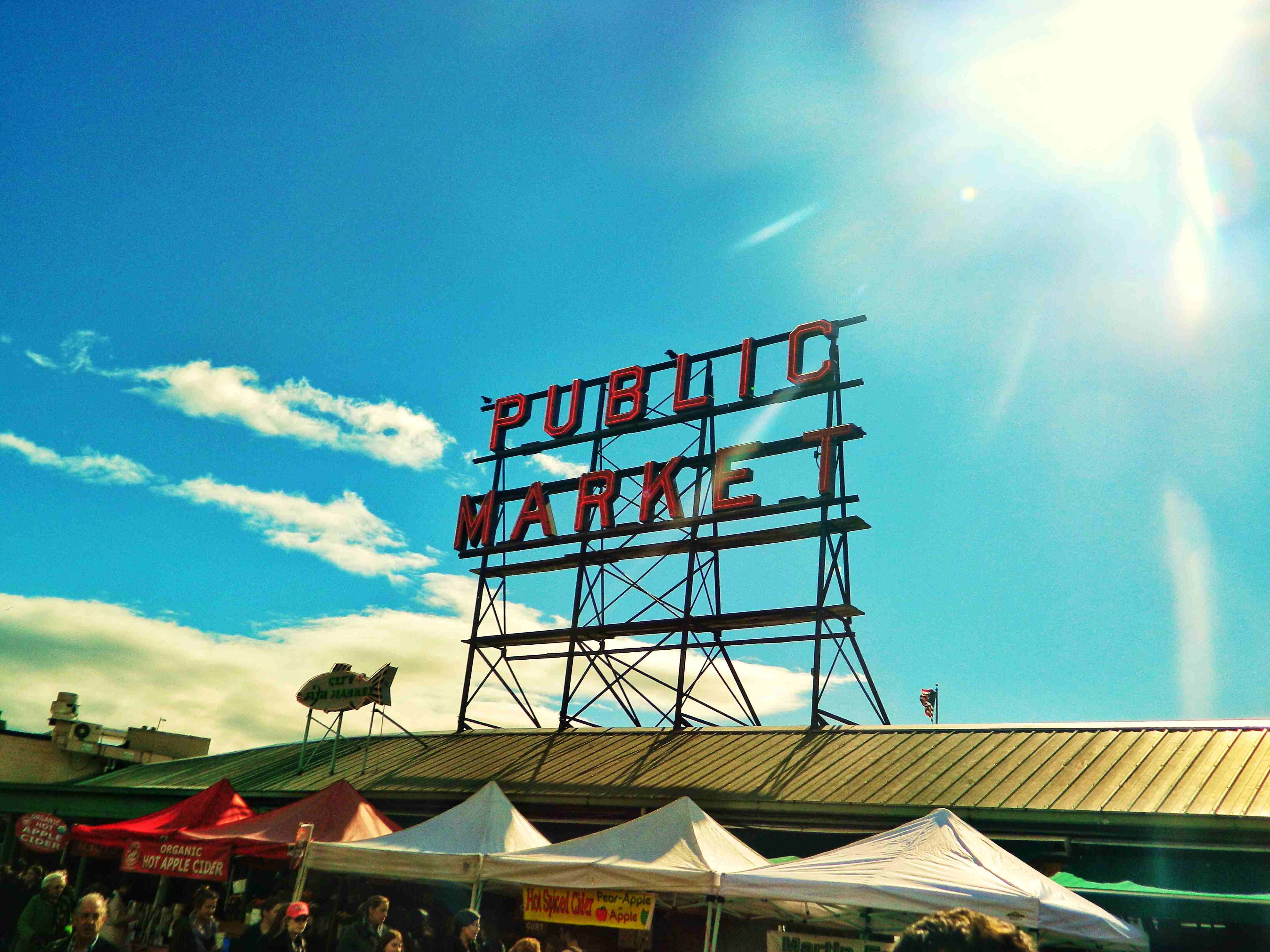 We’ll flit back up to the northern hemisphere and visit the nearby (at least to me) city of Seattle.  I visited there for a weekend a few weeks ago with my teenage daughter and two of her friends. Although Seattle is near (about a 3 hour drive) I haven’t visited the downtown city center for decades. And I was pleasantly surprised.

We stayed at a hotel near the Monorail/Space Needle. It was a nice place but unfortunately we were given a room by the reception desk and kitchen. Between loud guests coming in very late and very drunk (more likely high given Washington’s marijuana laws, be prepared to smell it everywhere) and the start of breakfast preparations at 5 am, I managed only about two or three hours of sleep. Next time I will insist on a room farther into the hotel.

The other slight niggle on our trip was the weather. I know, it’s Seattle, it’s going to rain. Unfortunately, being fashionable was more important than being dry for my girls. However, we were gifted with a glimpse of the sun on Saturday afternoon so the city was redeemed.

There is surprisingly a lot to do in the downtown core, especially if you have an interest in photography. Pike Place Market is a veritable cornucopia of interesting sights, sounds, textures and smells. And if I were a resident of Seattle I’d be down there every Saturday (not sure if they’re available every day or just on the weekend) to buy one of the amazing and very reasonably priced flower bouquets. I especially enjoyed seeing all the men carrying them around. Quaint little shops and eateries are everywhere as well as little vignettes over the harbor. It would be a great place to spend a day but be aware that at least on Saturdays the place is extremely crowded. As for the famous flying fish, you have to wait until someone buys one. I didn’t have that kind of patience, especially given the crowds.

There’s also the original Starbucks nearby if you worship at that church but again, be prepared to stand in a long line. And the more than slightly disgusting gum wall is an odd tourist attraction. It’s down a little alley, almost under Pike Place and is the kind of place that appeals to teenagers. If you’re beyond the age of 21 then I suggest giving it a miss. We had a fabulous dinner at a Mediterranean restaurant and then, one of the very best things about Seattle—you can buy alcohol at the grocery store. So while the teens were all updating their social media accounts and watching vloggers I was able to enjoy a nice glass of wine while wearing a pair of my $10 bargain high heels. All in all, a good weekend. Next time, though, I think I’ll take my husband and he can drive through Seattle’s notoriously bad traffic.

I have no idea where we’ll end up on April 15 so you’ll have to pop back then. Until mid-month, happy reading!