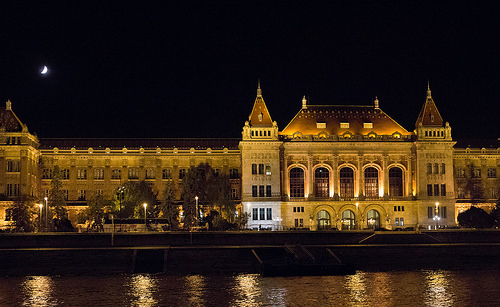 Wow, now that was an interesting Formula 1 race. And a lesson in life never to give up until the checkered flag. Hungary is another country I haven’t visited. My mother went years and years ago, and actually stayed in the same hotel as the then Benetton team. She wasn’t impressed (by the F1 team, not the country – she enjoyed herself there). So, let’s see what’s to do in this landlocked Central European country.

The capital is of course Budapest. All my daughters have European cities as one of their names so when I was expecting my third girl, I suggested Budapest. Husband vetoed me (he has no sense of humour). She got the name Sofia, capital of Bulgaria, sorry Hungary.

Interesting tidbit to start your next cocktail party conversation: prior to 1873, Budapest was two cities, Buda and Pest on opposite sides of the Danube River. They were unified on 17 November 1873 becoming Budapest. It is the largest city and capital of Hungary. Sometimes I wonder why I don’t get invited to more cocktail parties with my vast knowledge of completely useless facts.

Anyway, the number one thing to do in Hungary is to visit the Fisherman’s Bastion in Budapest. And having seen the photos, it would be my first place to visit as well. Built in the 19th century as a lookout tower, it now it’s a great place to take photos of the city below. The second most popular tourist destination is the parliament building. As a fan of Gothic and Renaissance architectural styles it certainly is impressive.

The third top thing to do in Hungary is visit the Faust Wine Cellars. I think I’m in love with Hungary already. Although let’s face it, when naming the great wine producing countries of the world, Hungary is probably not near the top of your list. As mentioned earlier, Budapest sits astride the Danube River, one of the great European waterways. So no trip to Hungry would be complete without a river cruise.

However it’s water of a different kind that interests me in Hungary. It is home to the largest thermal water cave system and second largest thermal lake in the world. Except I’ve just read that bacteria is the dominant life form in the lake so maybe I’ll take a pass. However I’ve swum in other thermal pools and survived, albeit with a nasty UTI (see my blog post on Pamukkale, Turkey).

Another place I’d like to visit if I was ever fortunate enough to go to Hungary would be Lillafured. It’s a popular tourist resort with hanging gardens, caves, man-made waterfalls and botanical gardens. It seems an idyllic place to recover from days spent traipsing around tourist monuments (or an overindulgence at the winery).

Those are my top picks for Hungary. Have you been? Where would you suggest going?

Also, as Formula 1 is on a 3 week summer break my next post will be before another race. So, it’s anyone’s guess where I’ll spotlight. If you’re really good, I may post some photos and commentary from my holiday. See you back here on the 15th.