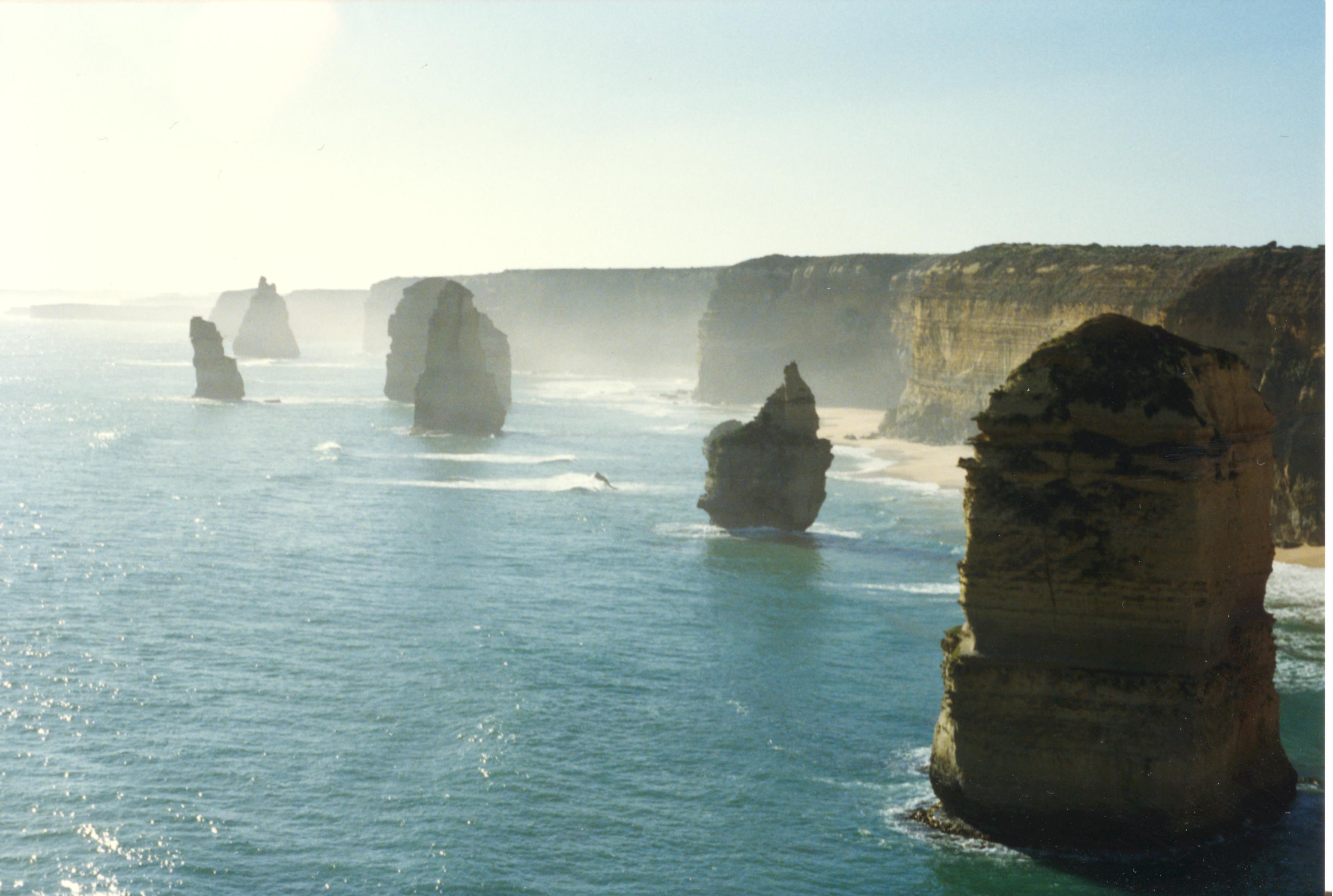 The new Formula 1 Grand Prix season has started. Anyone else as excited as I am? So, in honour of the Australian Grand Prix, I’m going to blog today about Melbourne. I only spent five days in Melbourne, three of them so sick I thought I might die. But the other two were great.

The problem with Melbourne – the weather. One day it was 30°C, then next 5°C. Evidently this is not an anomaly and often happens. I’m all for spontaneity but that is just insane, and quite probably the cause of my sudden onset near-death.

The best thing about Melbourne - the bakeries. I swear I put on five kilos just looking through the windows. What else is there to do, other than stand outside a bakery and drool all over yourself? Well, you could take a ride on the Puffing Billy, a restored steam train that runs from Belgrave to Emerald Lake Park. Learn from my mistake, don’t stick your head out the window and then look at the front of the train, you’ll spend the rest of the trip trying to get the soot out of your eyes. An even better day trip would be to the Yarra Valley wineries. You may be blurry-eyed at the end of the day, and not from soot, so take a designated driver or an organized tour.

The must-do thing, however, is to drive (or take a tour) along the Great Ocean Road. You can actually drive all the way to Adelaide but if you don’t have the time, make sure you hit (not literally) the highlights – the 12 Apostles. These are 12 (at least originally) rock formations off the coast. When I was there, more than a husband and 4 children ago, a couple were in danger of disintegrating. I understand there are only 8 left but as the ocean continually erodes the mainland, a few more “apostles” may appear in the near future.

Also not to be missed is the Grampians National Park, if you’re a little bit fit you can climb up and then hang from the end of the world. Unless you’re scared of heights, then you may want to stay in the vineyards.

If you’re in Australia, Melbourne is definitely worth a visit. And if you’re an F1 fan then this would be an awesome time to go. Next post will follow the Malaysian Grand Prix. In the meantime, have you been to Melbourne? Where would you suggest visiting?