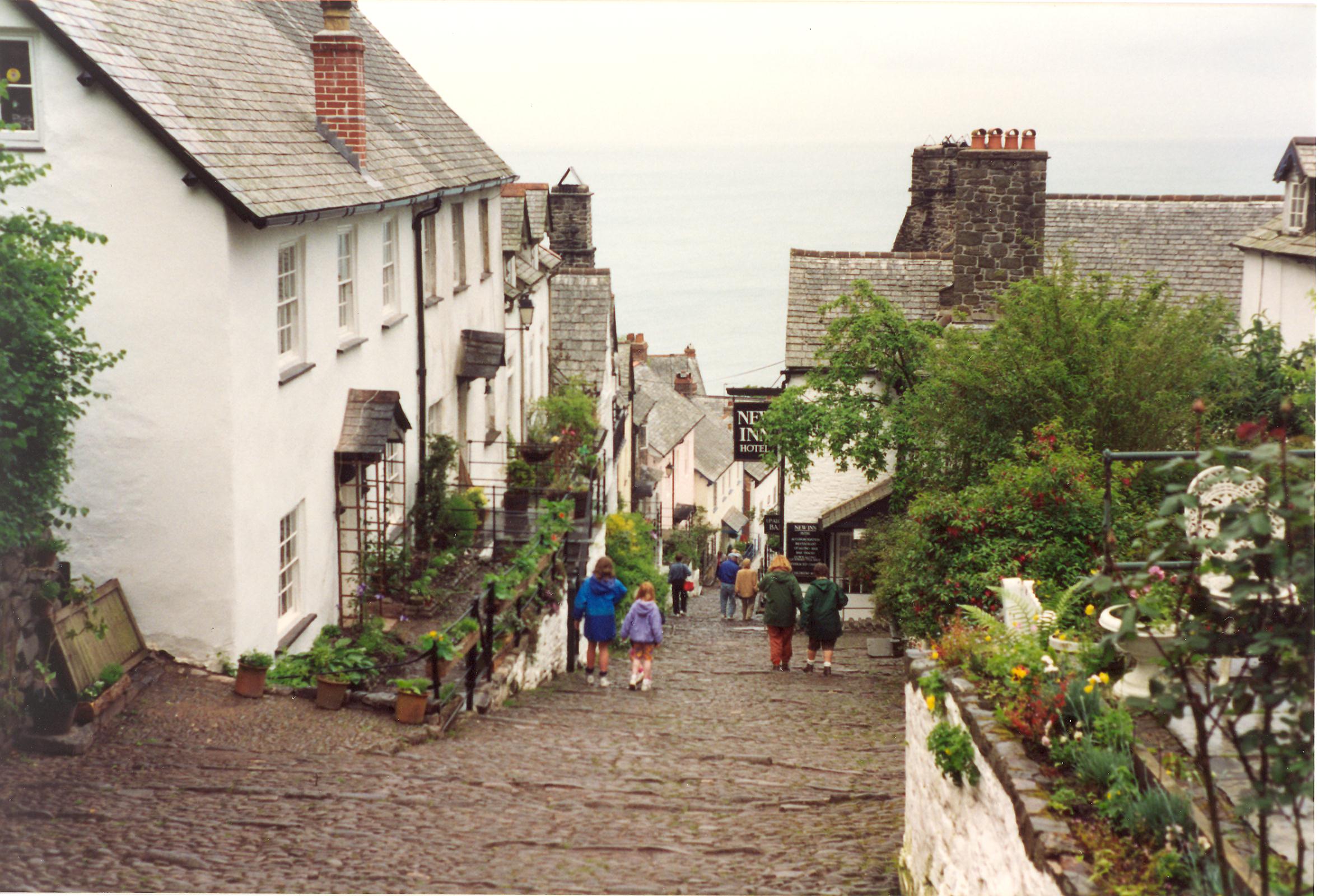 I spent a lovely afternoon in Clovelly on the Devon coast. Of course that was many, many years ago. But I sincerely doubt the village has changed much in the intervening years. If you’re a tourist in England looking for a bit of quintessential British past, the kind you see in period pieces produced by the BBC, then Clovelly would be a good place to head to.

Cars are severely restricted in Clovelly. If you arrive by car and aren’t staying at the hotel, you have to park and then walk down into the village. The walk down’s not bad as long as it’s dry, the cobbles can get slippery when wet. The walk back up is strenuous no matter the weather. If it’s a problem, you can get a ride back up in a Land Rover for a fee. There is now a charge to visit the village, check the website listed below. I don’t remember paying when I went, but again that was years ago.

For history lovers such as myself, you may be interested to know that Clovelly is a privately owned village that for the past 800 years has only been in three different families. There is a website (http://www.clovelly.co.uk/) that gives an overview of the families who have owned the village dating back to the 13th century. Clovelly was also listed in the Doomsday book which is a land survey of England commissioned after the Norman Conquest in 1066. So, yeah, it’s old. And the money raised from visitors goes to preserve the heritage.

So, what to do in Clovelly? We just wandered around, had a cream tea, and then resumed our journey back to London. However, if you have more time, you could: make your own silk scarf, or clay pot, learn about rag rugs or owls and birds of prey or … get married. With its old world charm and stunning views, Clovelly would be a wonderfully romantic place to wed.

So, there you have it, a great place to spend a few hours along the North Devon coast.  Next post, I’ll revisit Tintagel castle, which has been associated with the legends of King Arthur. So pop back on March 1st. In the meantime, have you been to Clovelly? What did you think?