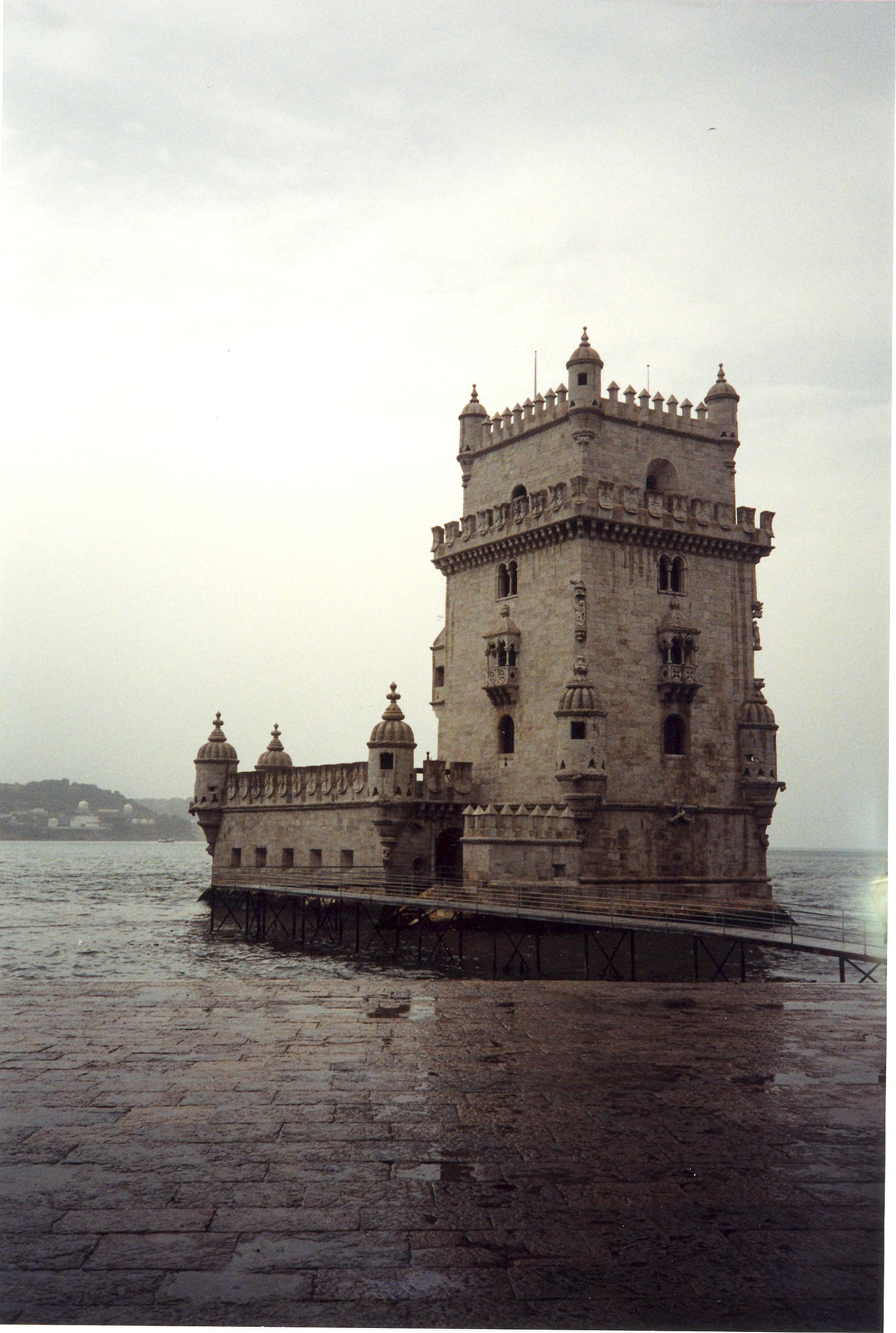 I’ve only spent a day in Lisbon so I’m no expert, but it seemed like a very interesting city. When I went, I was on a day-trip from a week’s vacation in the Algarve, a popular tourist area in Portugal. We (my husband and I) first crossed the Vasco de Gama bridge, a truly impressive engineering feat. However, as we entered the capital of Portugal, we were greeted with the sight of a huge shanty town. Now, I’ve seen plenty of shanty towns in my travels—in Central America, Asia and in the Philippines. But this one, in a European capital, was a surprise. And, I hate to say it, rather tinged my perception of Lisbon with disappointment.

Lisbon is evidently one of the oldest cities in the world and the oldest in Western Europe, predating London, Paris and Rome by centuries. A catastrophic earthquake and even more devastating tsunami leveled much of the city in 1755. There are, however, still many monuments and buildings that predate the earthquake. One of which is the Belem Tower (see photo) which was built circa 1519. It was part of the ancient city’s defense system and as a ceremonial gateway to the city. With a great seafaring history, there are plenty of monuments in Lisbon to its glorious past, including a Monument to the Discoveries which features a statue of Henry the Navigator. I’m not sure why, but the name “Henry the Navigator” (and I know he has a proper Portuguese name) has always made me smile. When we used to travel around Europe by car, our friend Danny was in charge of the maps so we dubbed him “Danny the Navigator.” However, I doubt there will be any statues erected in his honour.

After visiting the main monuments, we wandered around an old quarter of the city. I’m not quite sure what area it was but it was full of quaint little shops and cafés and provided a delightful afternoon. We had a delicious lunch in a popular spot, full of Lisbonites. I understand there is a very good museum in Lisbon, similar to the British Museum, that also has a great garden. That would be on my bucket list for a second visit to the city.

And once you’re tired out from the museums and monuments, you can head to a nearby beach for a little rest and relaxation. Lisbon has a very moderate climate with a summer season lasting six months (May to October). That’s more my style. And being on the Atlantic coast, the summer temperatures are not too extreme either. When we move to Spain, Lisbon will be a handy weekend getaway. I can’t wait.