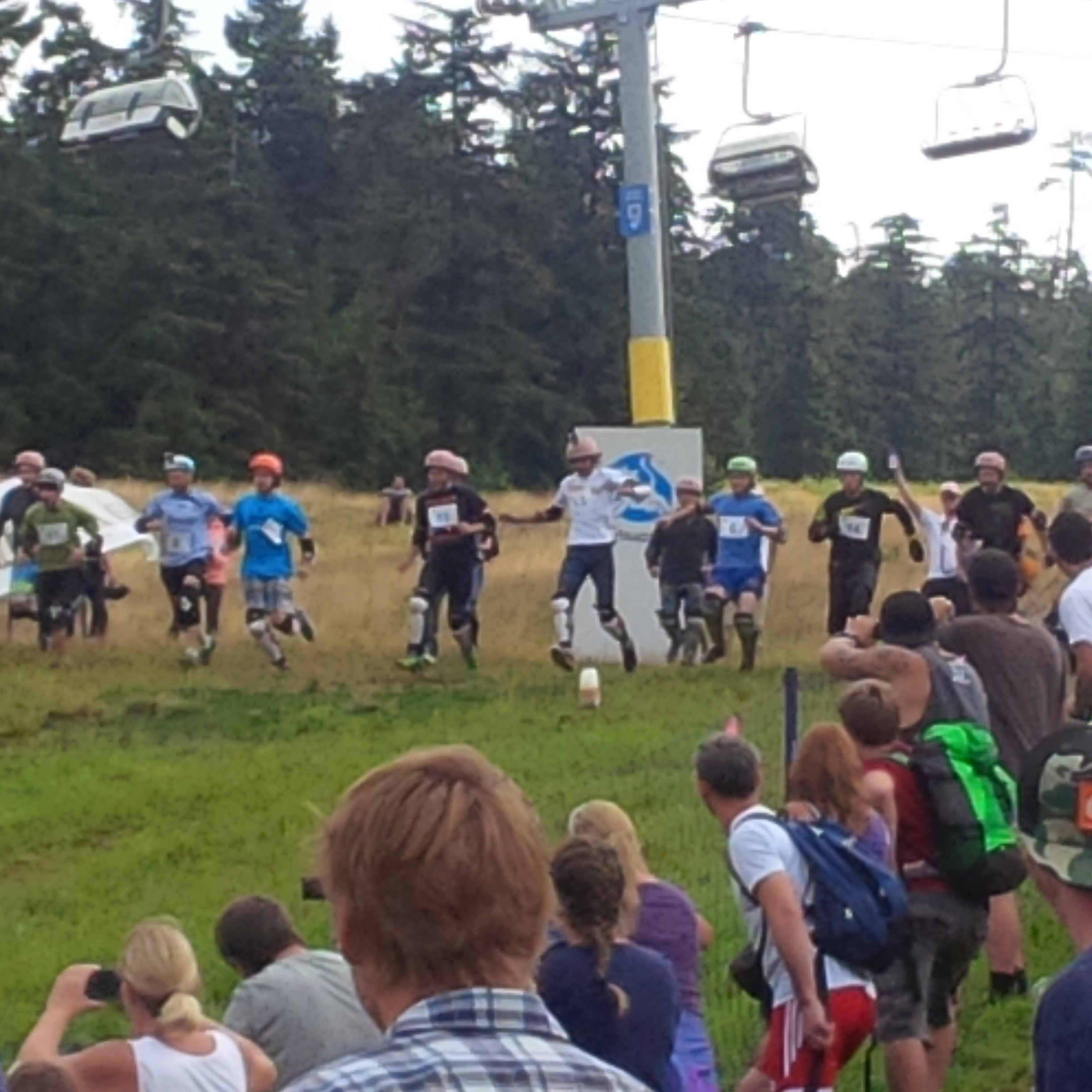 Festivals, you gotta love ‘em. No, really, who doesn’t love a festival? A select subset of the population indulging their passion or reveling in their ethnicity or history. Sometimes they’re educational, sometimes they’re wacky, they’re nearly always fun.

This summer, my family and I went to the Canadian Cheese Rolling Festival in Whistler, British Columbia. Watching people race down a steep hill after a wheel of cheese was hilarious. Some participants came in costume, some were serious contenders (the winner’s prize was amazing), and some were just there for a laugh. Of course the rugby players they had at the bottom of the hill to catch anyone who couldn’t stop were a bonus. We also visited a local Caribbean festival where I got to indulge my love of curry goat and rice ‘n peas and listen to some great music.

I spent most of my teenage years in a small town with a large Icelandic population. Every year at the beginning of August was Islendingadagurinn, or Icelandic Days for those not fluent with the language. Included, of course, were the requisite fair rides and parade where everyone who had a nice car or costume could participate. But the festival also had readings in Icelandic, and yes, although I’m not of Icelandic heritage, I did learn some of the language and participated one year. You can eat pönnukökur, which are Icelandic pancakes similar to crepes; vinarterta, a layer cake with prunes; and other delicacies, most of which I never developed a taste for. And once you’ve stuffed yourself, you can wander around and enjoy the crafts and artworks and the obligatory fair rides.

When I was looking for a first date venue for Jonathan and Olivia, the couple in my newly released romance, An Inconvenient Desire, I thought a festival might be an interesting option. The book starts in Italy and I had a plethora of options, seems Italians love their festivals. Finally, I settled on the medieval festival in Brisighella, a small town between San Marino and Bologna. I read a blog post written by a couple who were living in Italy for a year. The way they described the event was truly hilarious. With locals in costume, battle reenactments and pyrotechnic shows, and allegedly some of the best food in Italy, it was the ideal place for my couple to spend the day and start falling in love.

There are a couple of interesting attractions in Brisighella, even if you don’t make it there for the festival. They have a covered street, which was built to protect the donkey’s carrying chalk from the nearby quarry. There is also a fortress atop the hill, and across the gorge from the fortress is a clock tower with only six hours marked on the face. It’s also an ancient spa town in an area famous for its food. I can’t wait to visit it for myself. Until then, I’ll have to enjoy it vicariously through the adventures of Jonathan and Olivia. To read an excerpt of An Inconvenient Desire, click on the title.