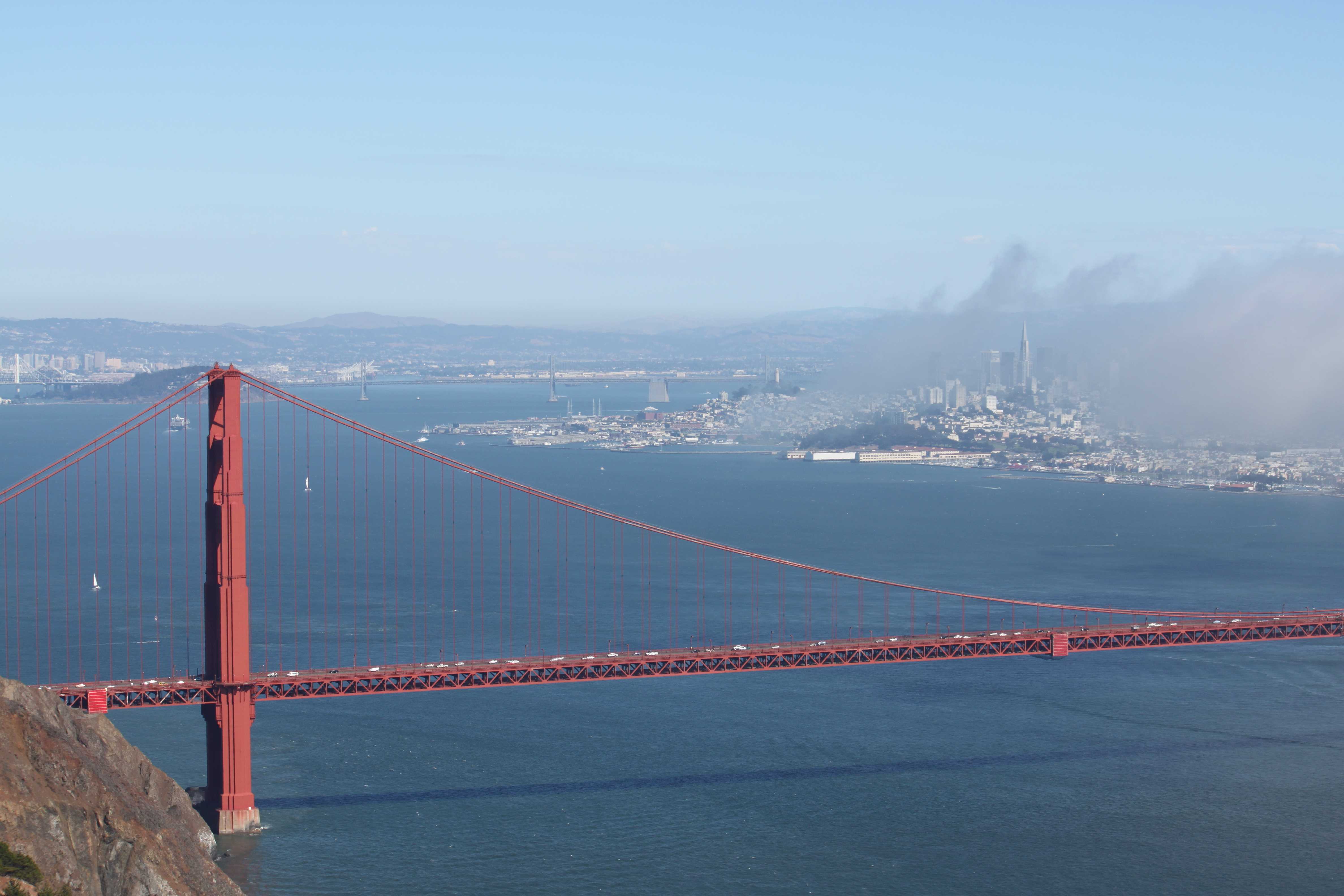 In honour of Played by the Billionaire, which releases on Monday (May 19), I’m going to blog about the main setting for that story, San Francisco. I’ve been to San Francisco twice. First time was as a footloose and fancy free twenty-something. I met up with a Swiss friend who was living there at the time and together with a few of her local friends, we did regular SF things. We went for Chinese food and rode the cable car, etc.

My second visit to San Francisco was last year with my husband. It was essentially a “research” trip as I wanted to see for myself some of the locations I mentioned in my book. Unfortunately, I didn’t get around to them all as my husband has different ideas about travelling than I do. He travels to relax and won’t be rushed, where I try to do as much as possible. Anyway, we did go up Coit Tower, as Liam and Lorelei do in Played by the Billionaire.

I also wanted to go to Golden Gate Park and have my husband row me around Stow Lake. But maybe he realized that and we never managed to make it there. The Louis Vuitton Cup was on, it is the preliminary races to the America’s Cup yacht races. Hubs had never really been into sailing competitions until that holiday. Now I foresee a return visit in a few years when the race is being held again in San Francisco (at least that’s the last I heard). And I shall not rant here about the purity of the sport and mono-hulls versus catamaran and rigid sails.

The most amazing thing about my most recent trip to San Francisco was the Saturday market on the waterfront. Hubs stayed in the hotel room to watch a football (soccer) game and I explored. It didn’t hurt that it was August and the farm products were fabulous. I could have spent the whole day sampling peaches, nectarines, plums, grapes… And the food trucks… Then there was the craft market. If I had the money, I would have spent thousands of dollars on the artwork, vintage clothes, jewellery, etc. If you go to San Francisco in the summer, you have to check out the market. Come hungry, leave happy.

I wasn’t impressed by Fisherman’s Wharf. I guess you’re supposed to go there to eat but aside from that I didn’t see the attraction. Chinatown, which I’ve blogged about before (here), was incredible. Hubs got tired of me wandering around every store but there were convenient benches where he could rest while I searched for the perfect Golden Gate Bridge snow globe (the gift Liam gives Lorelei).

I’ll talk more about San Francisco and other places mentioned in Played by the Billionaire in upcoming posts.