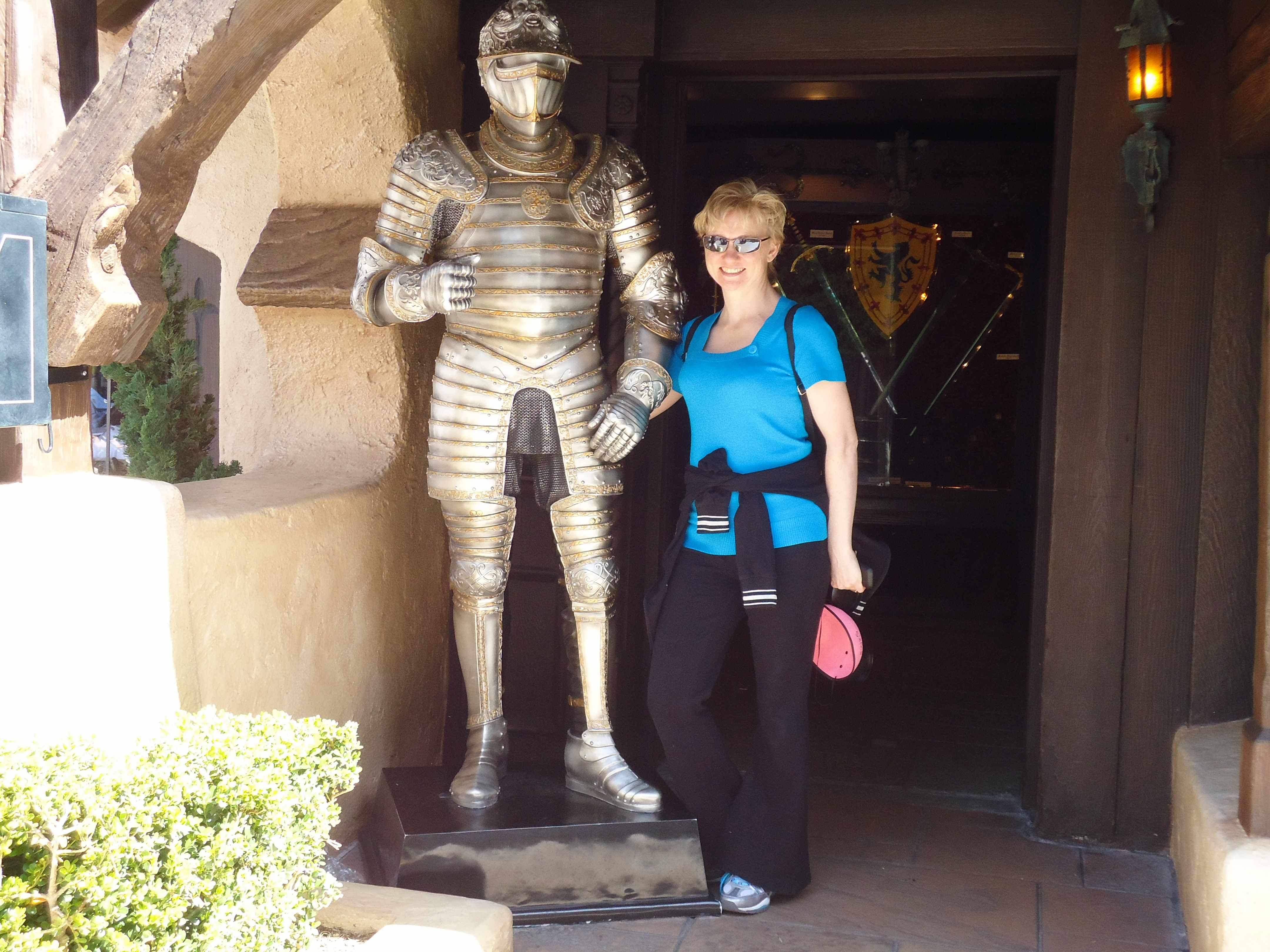 I am in serious need of cheering up. So for this post I’m going to the so-called ‘Happiest Place on Earth’, Disneyland. I’d been there as a child, of course, a couple times, but I don’t really remember much of it. Now with my own children, it seemed time to go again.

My trip to Disneyland also coincided with one of the darkest times of my life, and in fact I put off chemotherapy for my breast cancer so I could go. We had booked the holiday before I was told of my revised diagnosis and the need for chemo and decided that an enjoyable holiday was more important to my health than waiting six weeks to inject toxic chemicals into my body.

Anyway, we had a delightful time. We didn’t tell the children until just before we got on the airplane and even then I don’t think they believed we were really going. And then once we landed in Los Angeles, a couple of friends (whom the children absolutely adore) were waiting at the airport. The children’s excitement went from ecstatic to apoplectic.

Due to my mother’s generosity, we stayed at one of the hotels right on the Disney site, at California Adventure. It was nice and close and when the littlest got tired, she was only 3, then hubs, who wasn’t really into the whole Disney magic thing could take her back to the room for a nap. Also, the food was pretty good, although a bit on the pricey side.

The highlight of our trip was the water and light show at California Adventure. Then one night, after the show, we went on the river rafting ride. It was late, a bit chilly, but there was no line and we went on the ride again and again until they shut it down for the night. By the end we were all soaked but I don’t think I have laughed so much in a very long time.

At this stage in my life, my greatest pleasure is seeing my children happy. And a trip to Disneyland certainly accomplished that. They still talk about it, although the memories have faded for the youngest. I’d like to go again, maybe in a few years so they can all have a happy family memory when they get to my age. But until then, I have this photo of me and my knight in shining armour (and yes, my other hand is on his butt).