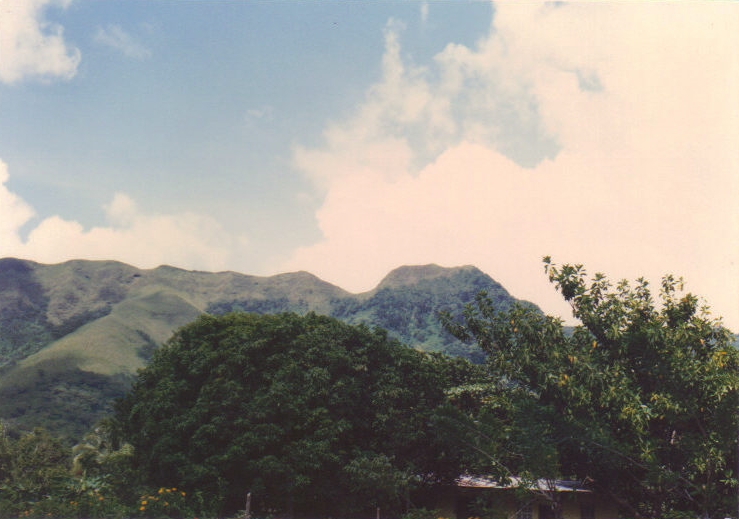 I was seventeen, just out of high school. My parents and younger brother were getting ready for a move to New Zealand and I was going along for the ride. But what to do with those intervening months between school and the move? Go to Central America! My aunt had been living in Panama for twenty-five years, on and off, and was currently visiting Canada before returning south. As she’d recently undergone surgery, I went with her to help out, at least that was the line I spun my parents.

First we had to stop in Miami to get our visas. It was the first time I’d ever seen a real slum. There weren’t many homeless people in Winnipeg, not when the weather regularly went to -20C. One man I saw in Florida was picking up discarded cigarette butts and trying to get one last puff from them.  I got an inkling to how sheltered a life I’d had in suburban Canada. But it did nothing to prepare me for the abject poverty of a large portion of the Panamanian population.

In Panama I loved the heat and the simplicity of the food.  I learned three different ways to cook rice, use it in a drink (arroz con piña) and make an entirely new meal out of leftover rice and whatever else was found in the fridge. I also discovered the law of ants. They are everywhere and there is nothing you can do about them. If we baked a cake we’d have to place it on top of two cans of soup, sitting in a bath of water in another pan. Water was the only way to stop the ants from getting at food. I learned that cockroaches scurrying across the floor didn’t faze me too much but as soon as they flew it freaked me out.

But I think the most important lesson I learned was that for a huge number of people, life is a struggle every single day. When we drove around the city, at every stop light the car would be surrounded by children trying to sell us popcorn or fruit they’d found on the ground. When we parked, we’d pay another child 25cents to protect the car. Security guards with loaded guns sat outside each apartment building and our own guard dog was on constant alert.

One day I went with one of my aunt’s friend to a shanty town to visit someone she knew who had fallen on hard times. The woman was maybe forty years old (which at 17 did seem ancient). Her house was made up of a couple of wooden pallets, plywood and a rusty corrugated metal roof. Two grandchildren lived with her, a little girl about two and a boy of five or six. The boy would run in excitedly every now and then to say he’d sold the popcorn and ask his grandmother to give him more. At such a young age, he was selling popcorn on the roadside rather than go to school. His parents were dead or gone, he had no one but his grandmother and baby sister and lived in a shack that could fall down any minute. My heart ached for those children, and they weren’t the only ones. I truly appreciated how golden my life was despite having had to endure eight years in Manitoba.

On a happier note, I also learned how much I love hammocks, how incredibly warm the ocean could be and the simple joy of drinking beer and eating my weight in freshly caught and cooked shrimp.  My aunt and I drove up to the Costa Rican border, where I was detained by the police. I spent a day on a tugboat that was helping ships through the Panama canal after a landslide narrowed the passage. I climbed mountains and visited remote islands inhabited by an indigenous people who retained their cultural ways. I flew in a tiny airplane that landed on a grass field and found one of the most idyllic spots on earth.

But most of all, I had my eyes opened to the wonder and diversity of the world—a world full of beauty and despair and incredible people.  Panama was my first adventure, and thankfully not my last.