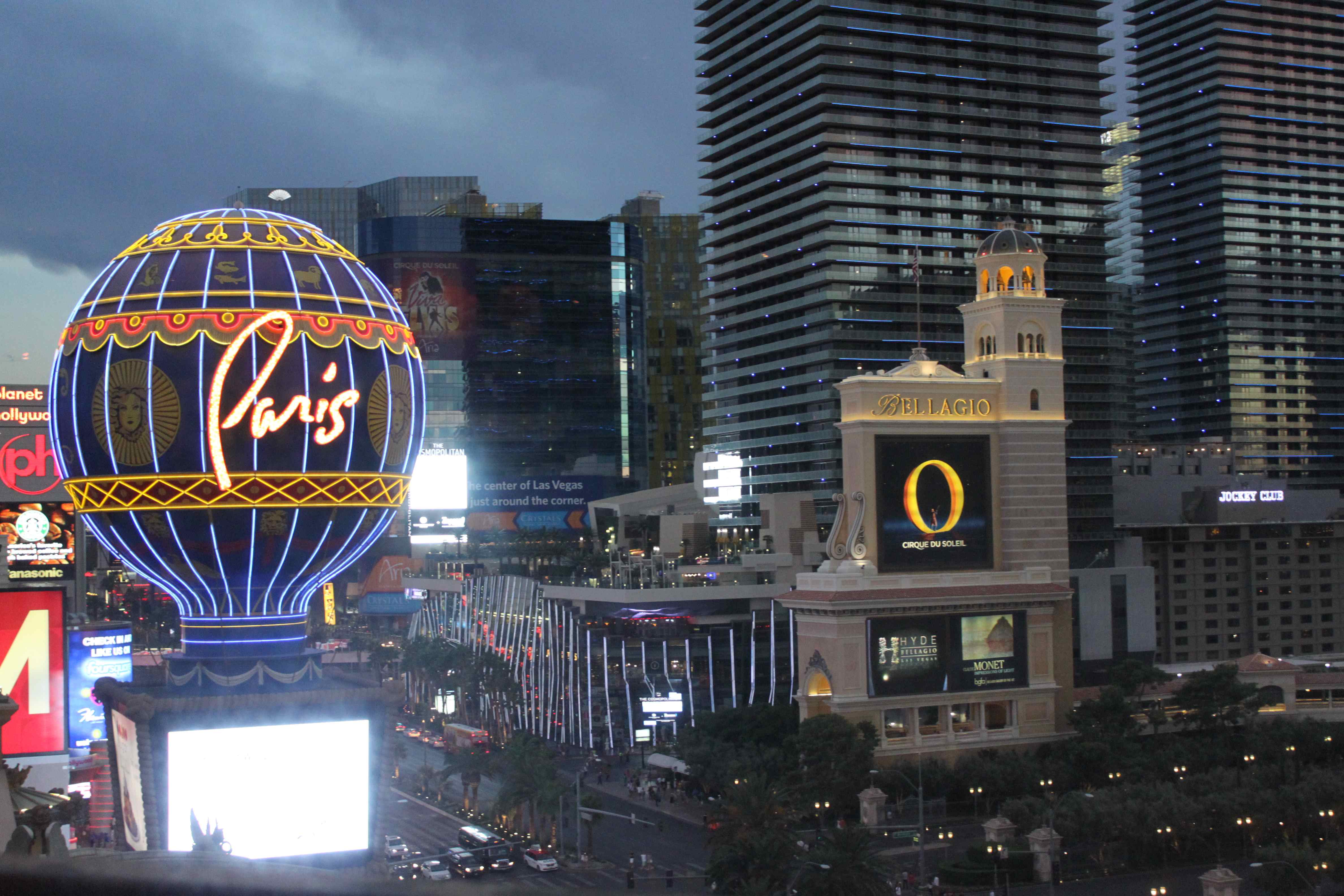 With the plethora of movies and books, romance novels especially, set in Vegas, it’s one of those places where you can feel like you’ve been there, done that, without ever setting foot in the city. Yes, Vegas is over-rated and under-rated and most definitely X-rated. But I can testify that you can have a perfectly wonderful time in Vegas without having any regrets to leave behind.

Why go to Vegas? For me, the biggest lure, I won’t lie, is because it’s cheap. You can get a flight and decent hotel for four days for less than five hundred Canadian dollars, don’t mind where you stay or when you go and it can be even cheaper. Second biggest draw is the people watching.

I’ve been there three times. The first time was a mini-vacation and my first child was only five months old and we flew in from the UK. Both my husband and baby had terrible jet-lag and so we experienced Vegas from four am to four pm, before the two of them would fall asleep. I don’t know a lot of cities in the world where I would feel comfortable walking around at four in the morning, but in Vegas there are as many people up and out then as there are at four in the afternoon. In fact, I think the quiet time in Vegas is probably eight to ten in the morning.

My second trip to Vegas was last year when I was desperate for a getaway, all I wanted was heat, sunshine and to people watch, my husband wanted good food. Vegas was ideal. I am sure there is a gourmet restaurant for every night of the year. All the celebrity chefs have at least one or two restaurants. Our hands down favourite place, so far, is Julian Serrano in the Aria hotel. Every time we go we say we’re going to order the paella but always get lured by the tapas menu.

My third trip to Vegas was this summer when I attended a writing conference. As a writer, Vegas is the king for people watching. Visitors come from all over the world, from every walk of life, and strut their stuff on the strip. Another favourite place is the patio at Mon Ami Gabi. Get a pitcher of Frangria (the French version of Sangria) and let the parade begin. Or Il Fornaio at the New York hotel, sit on the “indoor terrace”, be serenaded by the live music from the Irish pub next door and watch the human show pass your table. Now that is priceless.

The one thing about Vegas that I always forget and shocks me every time is smoking. With smoking regulations so tightly enforced where I live it is so different to go back two decades and have cigarette smoke inside again. Although the ventilation systems do a fair job of clearing the air, I still rush through the casino to get away from the foul air.

So, what happens in Vegas doesn’t have to stay in Vegas. Have a great time, just remember, pace yourself and watch the spectacle, don’t become it.