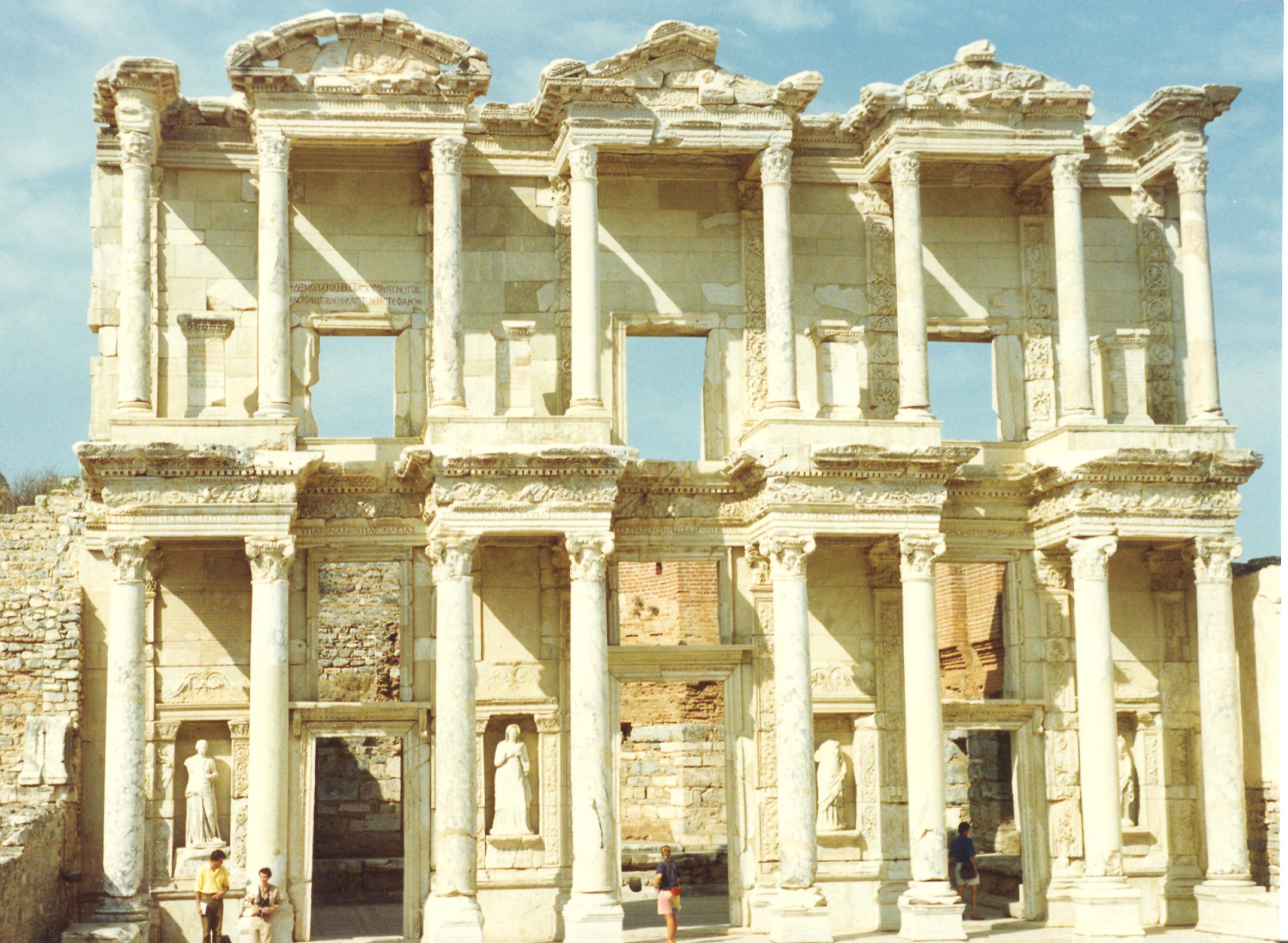 Seriously, it’s April 1st. Who’s going to believe anything I post today. So, really, it gives me license to make up a completely ludicrous story and pass it off as an April’s fool joke. Or is it?

Having no other direction, I have decided to spend one last post in Turkey. Today, we’re visiting Ephesus, probably one of the most well-known tourist sites in the country. Cruise ships docking at Kușadasi have daytrips to Ephesus so if possible, it’s best to time your visit for when there are no ships in port.

I guess, in reality, the Greco/Roman ruins at Ephesus are no more spectacular than many others in the Mediterranean, although the façade of the library is spectacular. You can park your butt on ancient Roman public toilets, sit in the top row at the theatre and hear someone on the stage, sixty six rows away, speak in a normal voice or stroll along one of the marble roads. For history buffs, it’s a feast for the senses although the intrusion of the modern tourist makes any long-term sojourn into an historical reverie short lived.

One last place I’d like to give a shout-out to before I leave Turkey is Topkapi Palace in Istanbul. You may think, in your jaded vicarious world-traveller mind, that it’s just another palace and can be missed. But I would honestly caution against passing up this bounty of Ottoman historical treasures. I remember seeing a huge emerald, real or fake I have no idea, but it started a love of the green gem that has lasted to this day. And I defy any romantic to not stroll through the Haram courtyard and imagine the women that lived there and wonder at their stories. Were they princesses of distant lands sent to the Sultan for political favour or perhaps they were the most beautiful girls in the land and presented to the court as gifts (or slaves) in hope of getting the Sultan’s attention. One thing you can be sure of, there were probably many tears shed in those rooms over the centuries.

There are other places to visit in both Istanbul (the Blue Mosque, Hagia Sofia and the Grand Bazaar to name a few) and Turkey in general. I could possibly spend an entire year blogging about the sights, smells and tastes of this country that straddles Europe and Asia. But I think for the next post I’ll move on to Jordan, unless I receive a request to jet off to another land.