Another post harking back to my recent European vacation...

When planning this escape, there was one place in Europe I definitely wanted to see--the Alhambra in Granada, Spain. I've always been enchanted by Moorish architecture and design. From Madrid (see previous post) we travelled to Jerez in the south of Spain and stayed in a small hotel that was originally a Moorish house. Jerez is an old city, its founding going back centuries. It's also the center of sherry production and the reason I travelled here. But as rich as the fortified wine, the culture of the place intoxicated me as well. 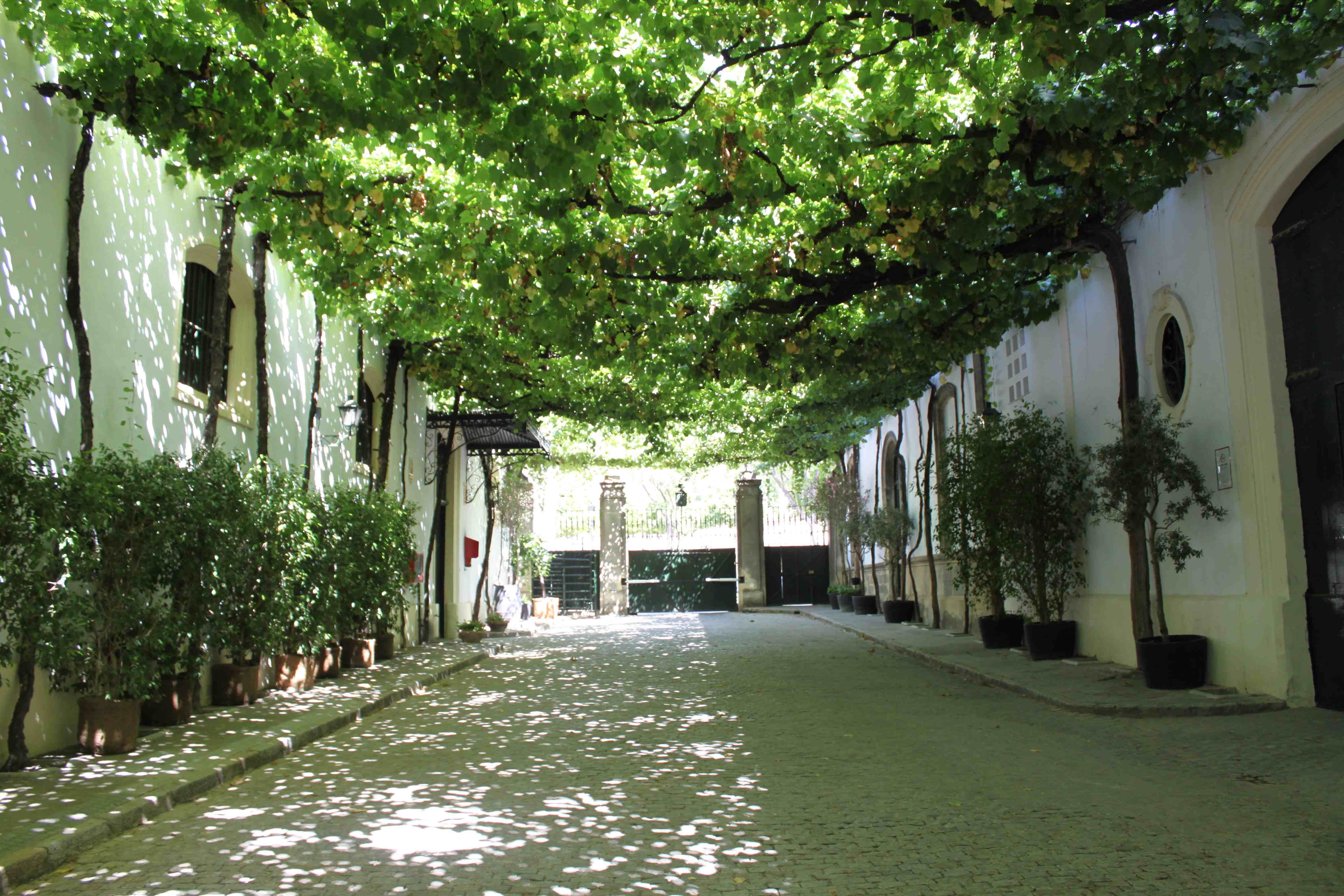 Back to my dream destination - Granada is a city an hour inland from the Costa Tropical where we stayed in Almunecar. If I'd had more time, I'd love to have spent a day or two exploring this place. As it was, we had only several hours to visit the Alhambra, an ancient Moorish palace/fortress and gardens. And, a word of note for anyone planning to visit:book ahead. We weren't able to explore one part of the grounds as the allotment of tickets had already been sold out before our arrival. What we did manage to see, however, was stunning. 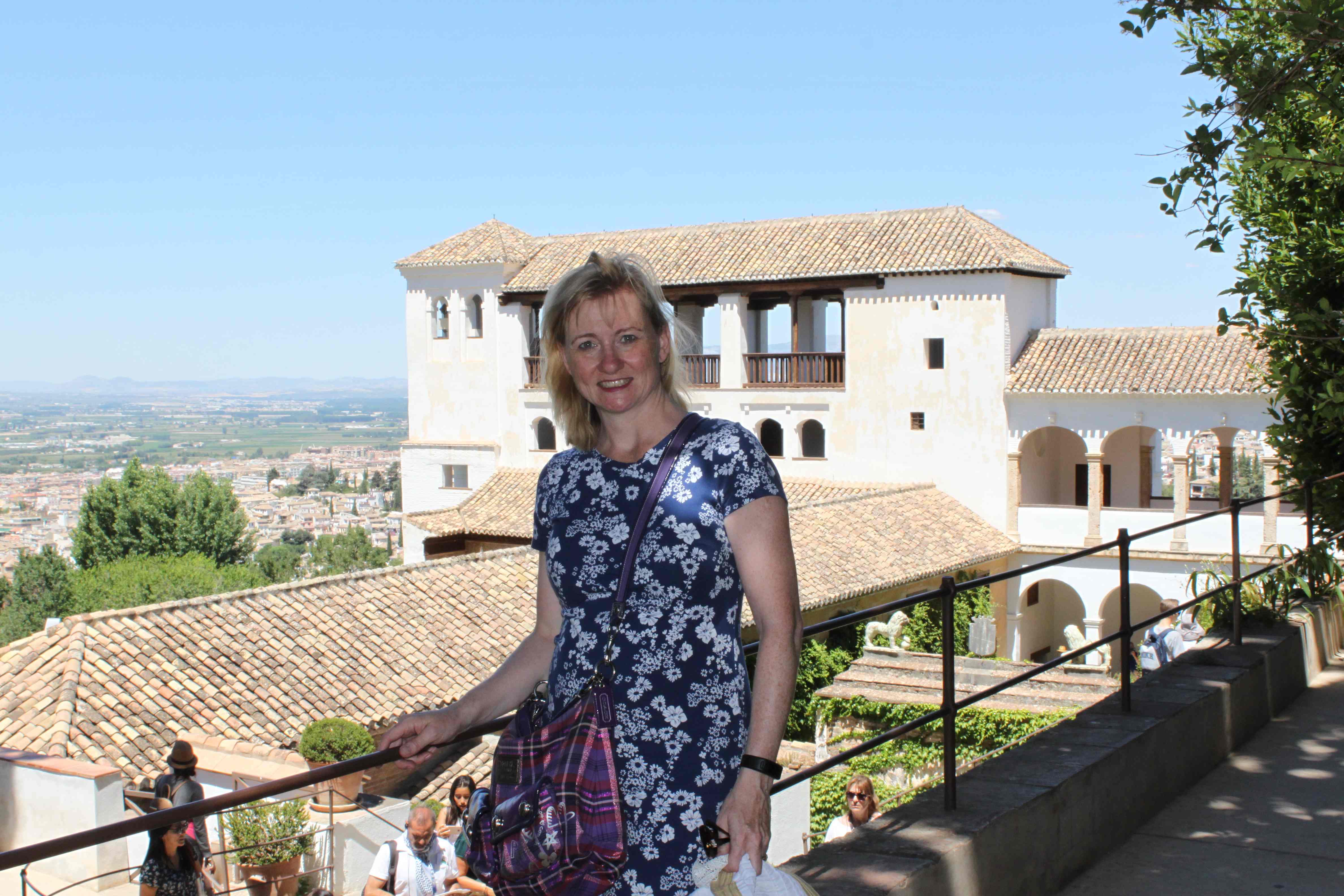 For the Moors, water was an important feature in their design and the Alhambra is teeming with examples: from fountains, streams that ran along the stairs, and water features that delight child and adult alike. Also common in the culture is the intricate carvings of the ceilings and borders at the top of the wall. 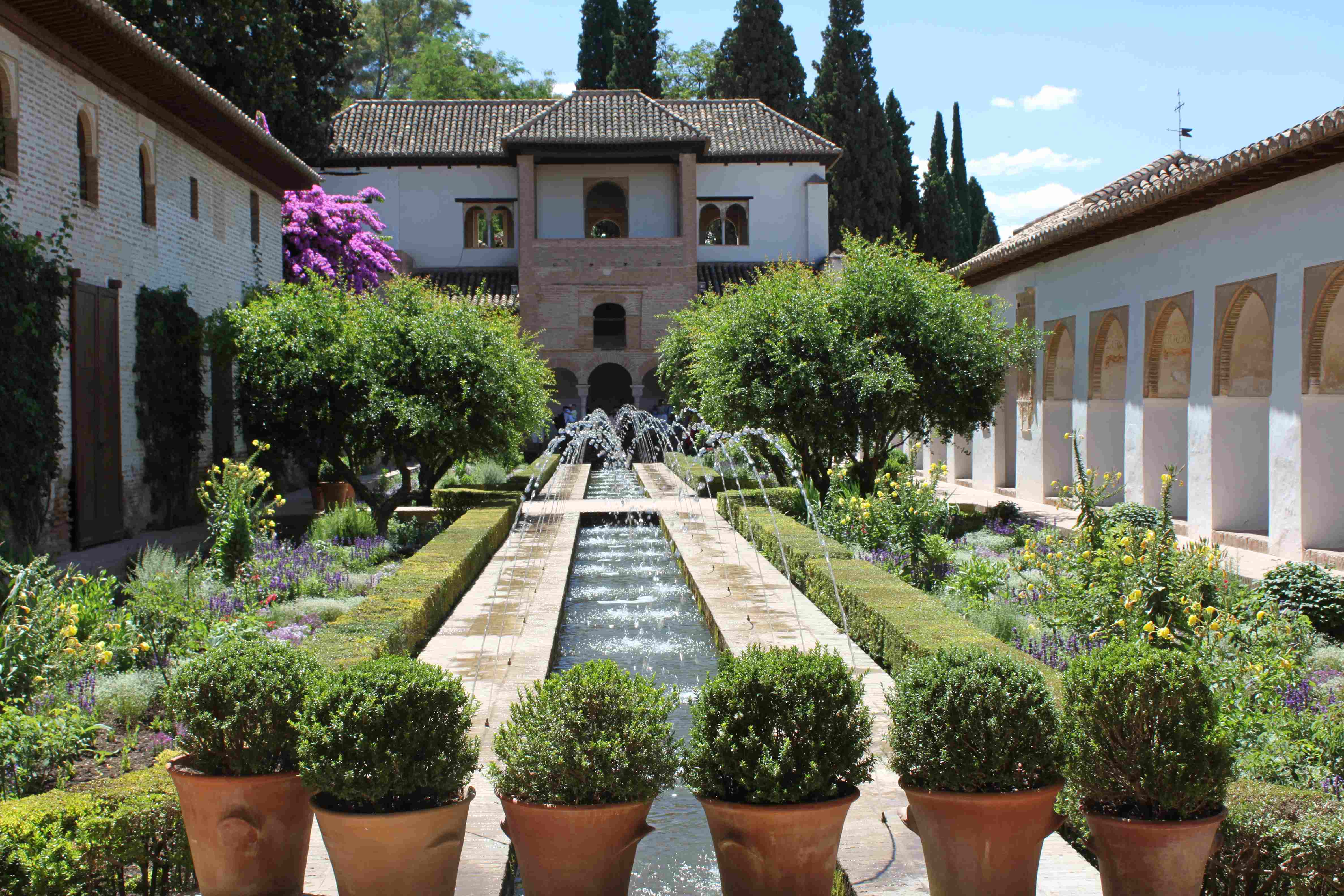 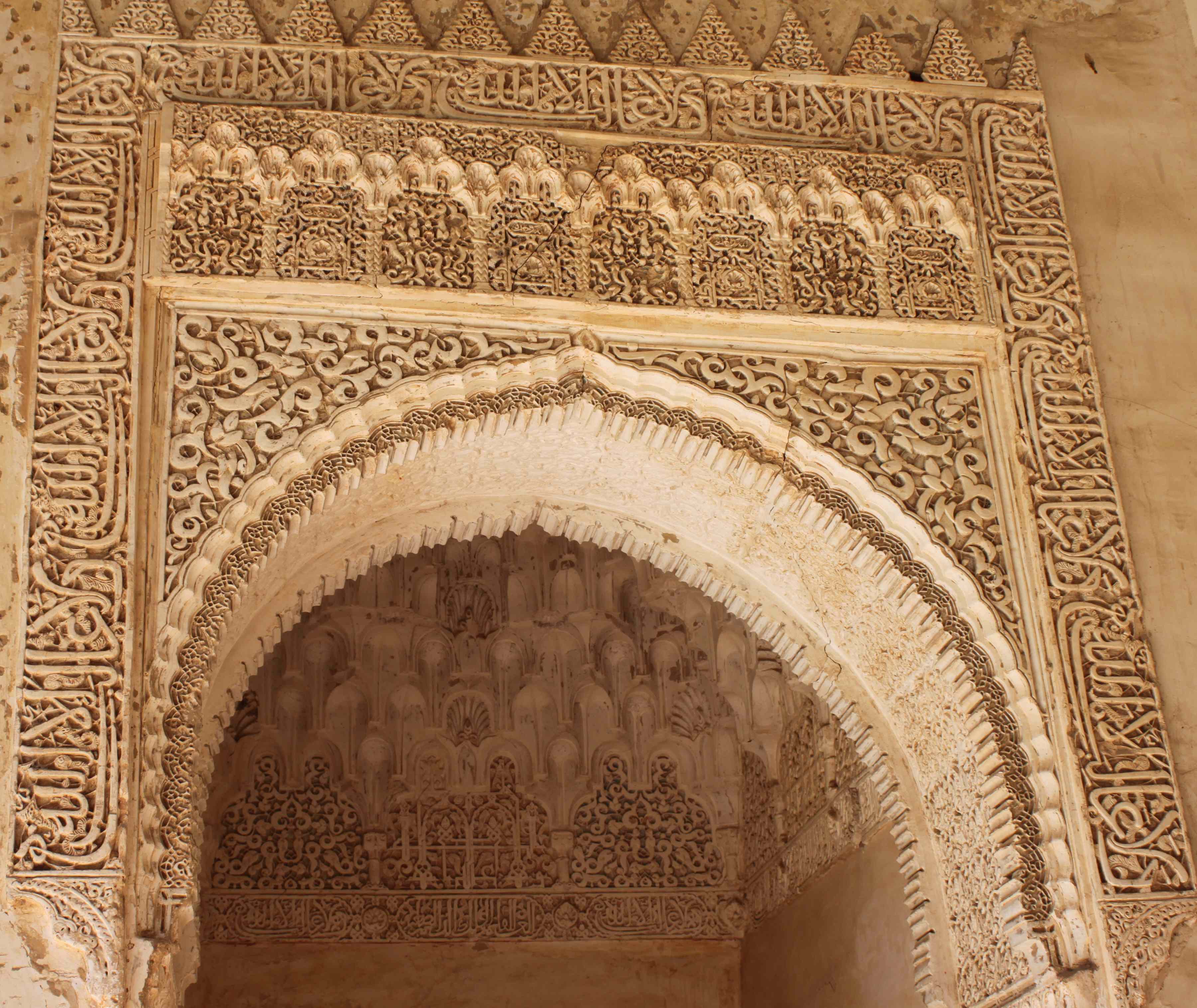 From the vantage point high above the city of Granada, I could see that many of the houses were of Moorish design with the rooms built around a central courtyard like our hotel in Jerez. There were also wide tree-lined boulevards and impressive tile designs.

Although this was only a brief one-day stop in our European Adventure, I was so glad we took the time to visit. Next time (and yes, dear husband, there will be a next time), we'll stay longer. 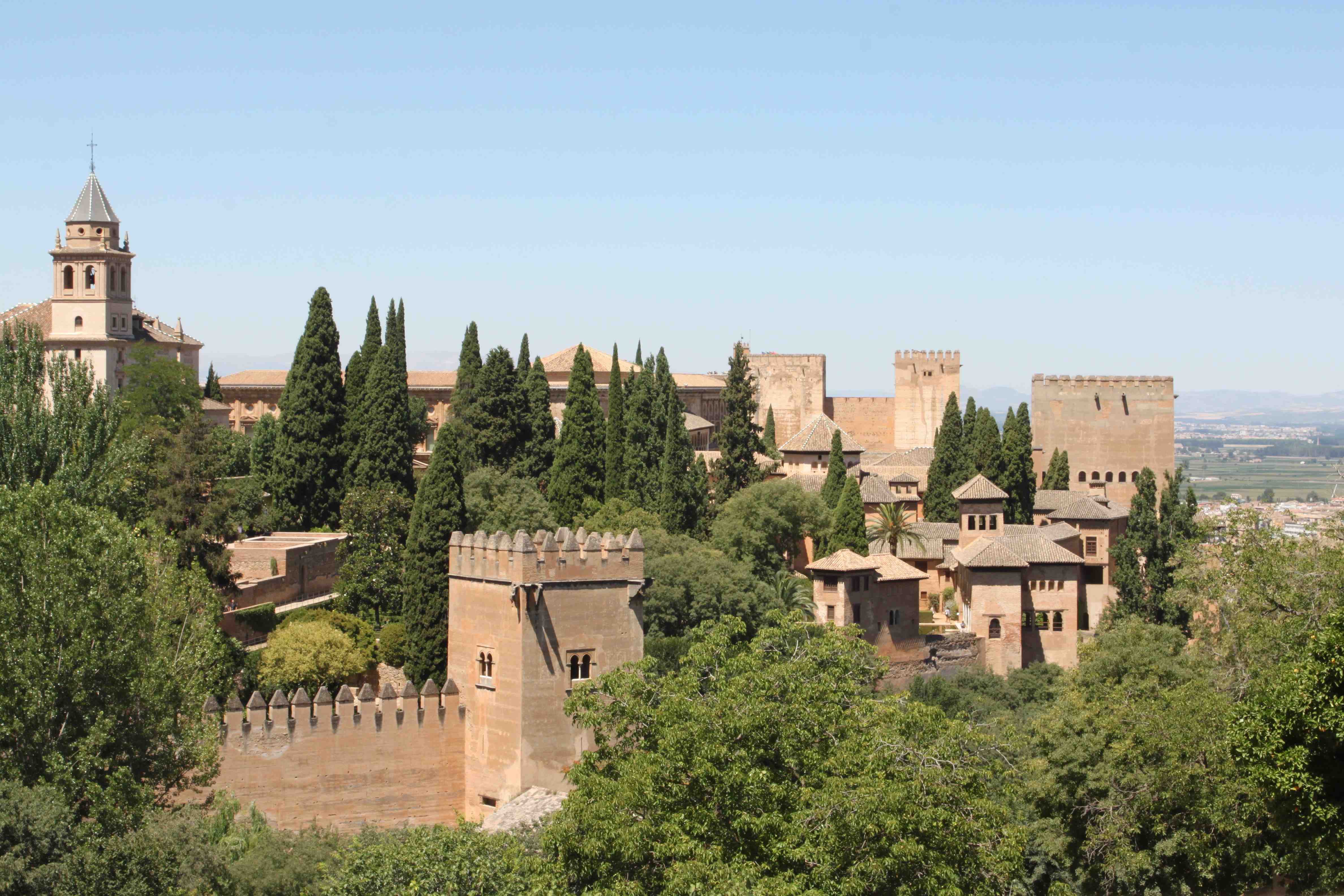 Next post we'll head north to Barcelona. Until then...happy reading.