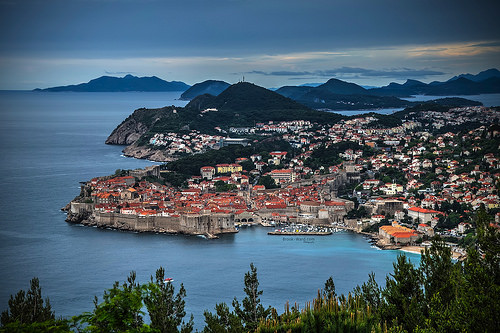 We will continue to explore the Adriatic coast by venturing into Croatia. This country must have been on my mind because while I was writing a short scene for an upcoming promotion, my hero whispered in my ear that he was Croatian. So for today, I’m going to give you an insight into the type of things I research when I write. Bear in mind that until I actually delve into the book, there are other questions that will come up. For instance, I already know that I’m going to have a boat scene and am wondering if Croatia have an Olympic sailing team (the answer is yes).

I also look at the history of a country, mostly for my enjoyment. Croatia has had a turbulent past, as has much of this region, and fought for its independence in the 1990s. War has a significant impact on people so will undoubtedly be an influencing factor on my hero’s personality and motivations.

Food also plays an important part in a culture, so I like to research the national dishes. Croatia has a diversity of gastronomic delights. With a large coastline, fish of course feature, as well as a typical Mediterranean diet with Italian influences. However inland, such as on the flat plains of Slavonia, it seems more meat-based dishes predominate. There is one called Poderane Gaće that translates as “ripped underpants” which sounds interesting, from what I can tell it’s kind of like a donut cooked in pork fat or oil and popular at country fairs. I may have to incorporate that into my story.

The type of housing and climate are also factors that need to be considered. Will my couple cozy up in front of a fireplace on a cold winter night? Or be kicking of the sheets because it’s too hot to sleep in the summer. Of course, as I write billionaire romance, my hero can afford air conditioning, but I have a feeling this guy may be a bit dastardly and as part of his revenge plot insist the heroine live in his run-down childhood home in the country rather than his coastal mansion.

But no research, especially for one of my books, would be complete without checking out the best places to visit. And Croatia has no shortage of these. Ranked the eighteenth most popular tourist destination in the world, it has seven UNESCO world heritage sites including the old town of Dubrovnik and the Plitvice Lakes National Park. Both of which I’ll have to incorporate into my story.

However, in addition to writing a story set here, I’m also planning my next year’s summer vacation and I think Croatia will definitely be on the itinerary, as personal research of course. After all, there’s only so much you can learn from books.

Have you been to Croatia? What do you suggest I visit/eat/explore?