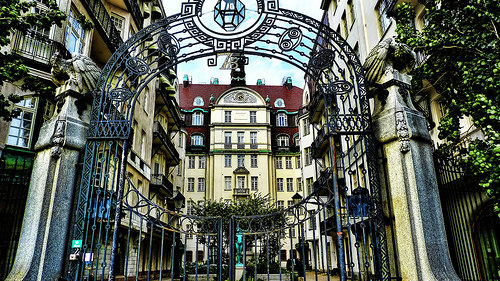 Last night I watched the Eurovision Song Contest (well, as much as it as I could with stupid streaming restrictions because it’s not shown in Canada). If you’re unfamiliar with this event, it’s a singing contest where each “European” country sends a representative who then competes with the other countries’ singers. It usually includes bizarre costumes, over-the-top performances, and songs that sound like they were written in 1980. Although last night’s show wasn’t particularly memorable for the performances, some of the entertainment while the voting took place was fun.

Anyway, as Sweden won the competition last time, they were the hosts for this year’s sing off. Unfortunately, again due to ‘you can’t watch this in your country’ malarkey, we didn’t get to see the usual tourism plugs that pepper the television show between songs. So, I’ll have to look them up on my own.

As I’m sure you’re well aware, Stockholm is the capital of Sweden and the metropolitan area is spread across fourteen islands at the mouth of the Lake Mälaren. The city was originally founded in 1252 although there has been people living in the area since the Stone Age. Yum, history. But back to the present, the city is an important educational and cultural center and is the main city for corporate headquarters in the Nordic region. The metro stations are renowned for their decoration and the system has been called the longest art gallery in the world.

Above ground there seems to be much to see and do as well. Two museums of note are the Vasa Museum where a completely restored ship from the seventeenth century, that sank on its maiden voyage in 1628, is on display. The second is the Medieval Museum that gives a glimpse into life in Stockholm during this era. Finally, you can finish off your day wandering around the picturesque old town with its cobbled streets and pastel-coloured buildings with pencil-lined windows.

If your feet are tired from walking (or your bum from sitting on a bicycle seat) then take a canal tour and see the city from another angle. If you’re into photography, then Fotografiska has great exhibits and you can enjoy another unique view of the city from the roof-top café. You can also tour the Royal Palace or the Stockholm Cathedral if architecture is more your thing. Like your artwork more contemporary? Then the Fargfabriken may be your spot as it’s “one of Europe’s most progressive” galleries.

I’m sure there are plenty of other things to see and do, and I didn’t even look into day-trips outside of Stockholm. But if I was there, I’d be sure to sit in a popular café and enjoy people watching. I’m not sure why there aren’t a lot of Swedish heroes or heroines in romance novels. Maybe I should go for a visit and change that, eh?

Have you been to Stockholm? If so, what was your favourite thing to do?