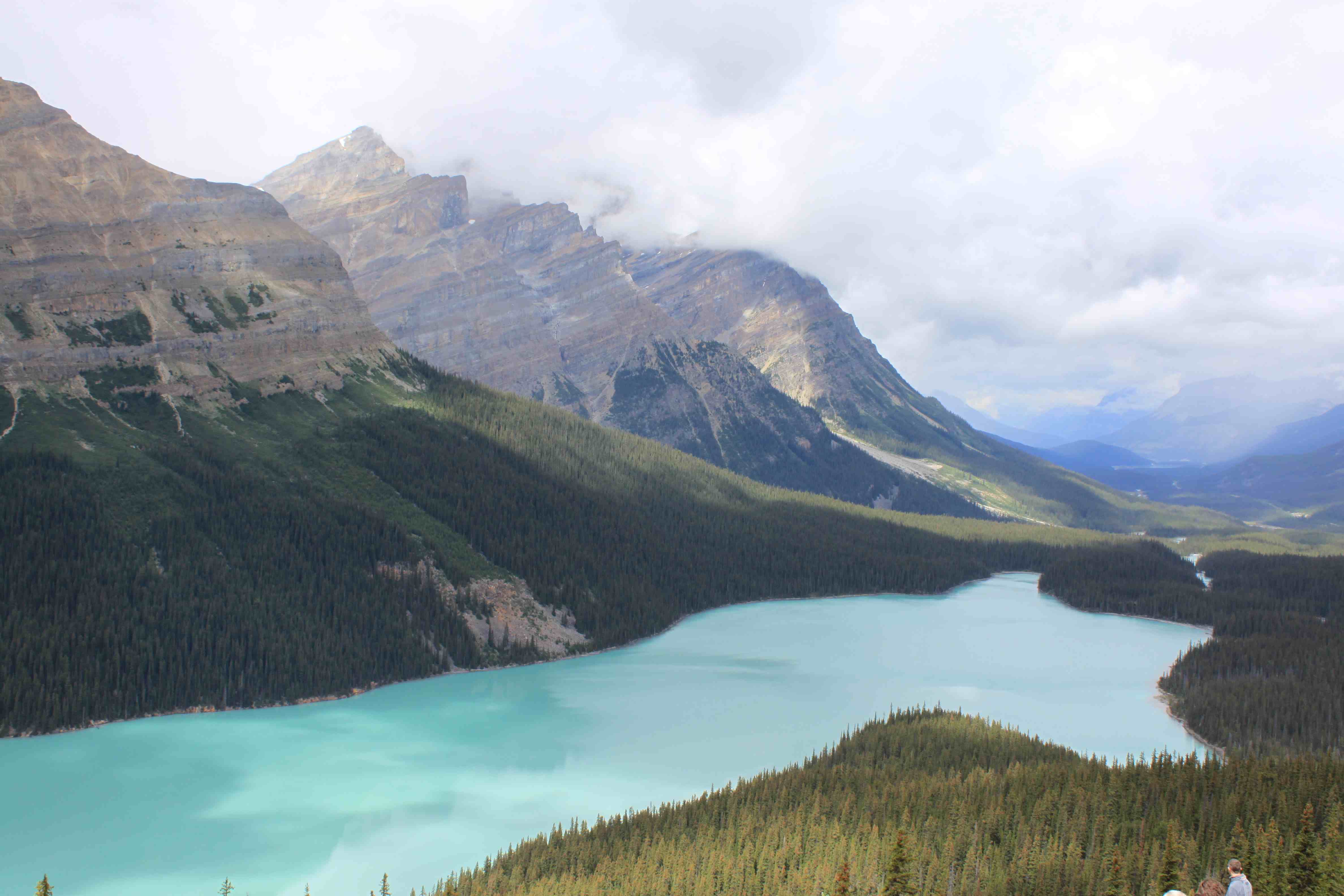 I’ve been to Banff a few times now and I think I’m done. Don’t get me wrong, it’s a beautiful place with lots to do and if you’re visiting Canada it should definitely be on your itinerary. But as a Canadian, it seems wrong. It’s kind of like our version of Vegas, without the lights. It just seems fake somehow. And it shouldn’t, it was an original railroad town and the Fairmont Banff Springs Hotel is truly awesome, if not slightly over priced.

But let’s backtrack a bit. We left the last blog post in Jasper and were headed down the Icefields Parkway. If you fancy seeing glaciers, this is the road for you. There were a couple of options for tours. One you could walk on a glass walkway kind of like the one over the Grand Canyon. This looked interesting but when we drove by it is literally right beside the road. Didn’t seem worth the money. The other tour is to walk on the Athabasca glacier. I’ve done glacier walks in New Zealand so again it wasn’t something that appealed to me, especially at the cost.

What was definitely worth the time and effort was the walk to see Peyto Lake (see picture). It’s a busy car park but if you circle enough times you’ll probably find a spot. Again, the viewpoint is extremely crowded, especially if you arrive at the same time as one of the numerous bus tours. But it is still possible to get some nice photos without too many people encroaching. The colors of the lake are truly spectacular and photos don’t do it justice.

Heading south from Peyto Lake you end up at the Trans Canada highway just west of Lake Louise. A forty minute drive east then brings you to Banff. As mentioned, Banff is not a typical Canadian town, it’s gone tourist. Don’t get me wrong, it’s a spectacularly beautiful town with a mountain that seems to just sit at the end of the main street, but every shop sells tourist tat, some of it very nice, but all just souvenirs. And the restaurants are expensive and not very good, at least the ones we tried.  There’s tons of stuff to do: white water rafting and horseback riding and hiking and boat tours but as we did all that in Jasper so we skipped it here.

Lake Louise is about a thirty minute drive west from Banff. Take the Parkway Boulevard and not the highway, it’s much more scenic. There are loads of hikes to do off this as well. I dragged my children up Johnson Canyon to the first waterfall which was very nice but again, really, really crowded. Lake Louise itself was also packed. We had intended to walk up to the Lake Agnes Tea House which I had done years ago with a friend. But it’s a four hour hike and it had taken us an hour to get a parking place so we passed on that. Maybe next time. If you decide to visit Lake Louise, go early.

Next stop on our summer adventure was Revelstoke with a couple of stops on the way. I’ll blog about those places next time. Cheers!