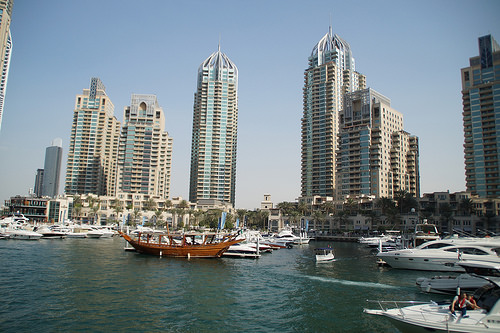 For those who follow me on social media, especially those who have attended any Facebook parties I’ve been at, you know that United Arab Emirates is my fantasy destination. The only caveat is that I want to visit the country with money, oodles and oodles of money, so I can stay at the posh hotels, eat at the posh restaurants, hire a sports car to drive around in and basically look like I belong. Now I know Abu Dhabi and Dubai has its share of poor and a huge migrant work population who may or may not be treated fairly, but hey, it’s my fantasy, can I please have it my way?

Abu Dhabi is the final stop on the F1 circuit that we have been trailing around since last March. Due to the temporary suspension in my blog in September I got a bit behind the race schedule. I did watch the race at the Yas Marina track but I will admit it was three weeks after it actually took place. That’s the problem when the championship is already decided, I as well as many others I assume, took our foot off the accelerator and cruised the remainder of the season. But well done, Nico for winning. I can’t wait for the next season to start.

Back to Abu Dhabi, what is it about this city that makes me so want to go there? I think it is the air of wealth and power. After all, I write alpha heroes with money to burn, just the type to hang out in Abu Dhabi for a weekend. And the architecture! While it sits in the shadow of its neighbouring city of Dubai, there are enough interesting and innovative buildings to keep me busy for a few days. Unfortunately, many of those hours may be spent sitting in my supercar as Abu Dhabi was planned for a population of about 600,000 but now houses about 1.5 million so traffic congestion is a big problem. Fun fact for your next cocktail party, according to Wikipedia (which I know is not the most reliable of sources), almost 80% of the population in the emirate is ex-pat or foreign.

I hadn’t realized that Abu Dhabi is actually on an island in the Persian Gulf. Although the city is second in size to Dubai, it is the capital and thus houses many governmental offices and buildings. And even though the area has been inhabited for millennia, the oldest historical site I could find in my research was the Old Fort which dates back to the 1760s. There is the Al Ain museum that houses archaeological findings from the area. As the city is on an island, getting to a beach doesn’t appear to be a problem. The Corniche has a promenade 8 kilometers long (that ought to make my Vivofit happy). There’s also at least one huge water park if you happen to take the children (not in my fantasy) or enjoy watersports yourself.

And, it wouldn’t be an F1 destination without an amazing track to race around. Abu Dhabi also houses Ferrari world if you happen to be into the red cars. But the biggest attraction for many, including my husband, would be that Star Wars: The Force Awakes filmed the scenes on the planet Jakku near Abu Dhabi.

So, that ends our trip to UAE for now, and our tour of Formula 1 race destinations. Next blog post we’re going to head over to the Loire Valley in France, setting for much of The Vintner and The Vixen which releases on January 25th. Have you pre-ordered your copy yet?

See you back here on February 1st. Oh, and if you’ve been to Abu Dhabi let tell me your favorite place to visit.